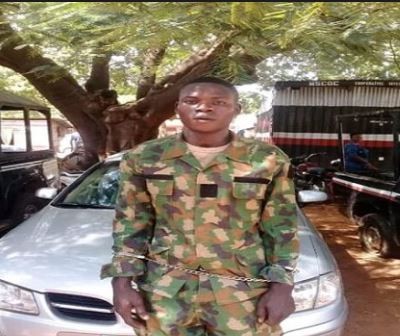 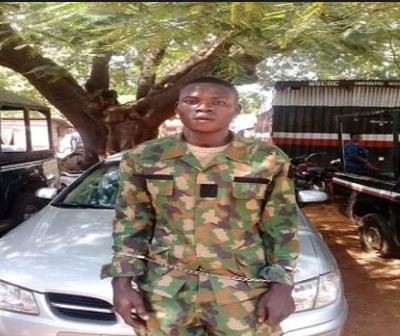 The Commands Public Relations Officer, Orndiir Terzungwe, disclosed this in a press statement saying the suspect who gave his name as James Abelagi Tersoo, 25, was apprehended during a stop and search operations along Jos Road in Kaduna. The suspect who claimed to be working with a private guard (name withheld), was heading to Kakuri area of the metropolis when he was arrest.

Terzungwe said the State Commandant of the corps, Mr Madu Bunu, had on Sunday, ordered full deployment of officers and men of the command to ensure law and order and enforcement of 24 hour curfew imposed on Kaduna town and environs. The curfew followed upsurge of violence in some parts of Kajuru, Chikun, Kaduna-North and South and Igabi Local Government Areas.