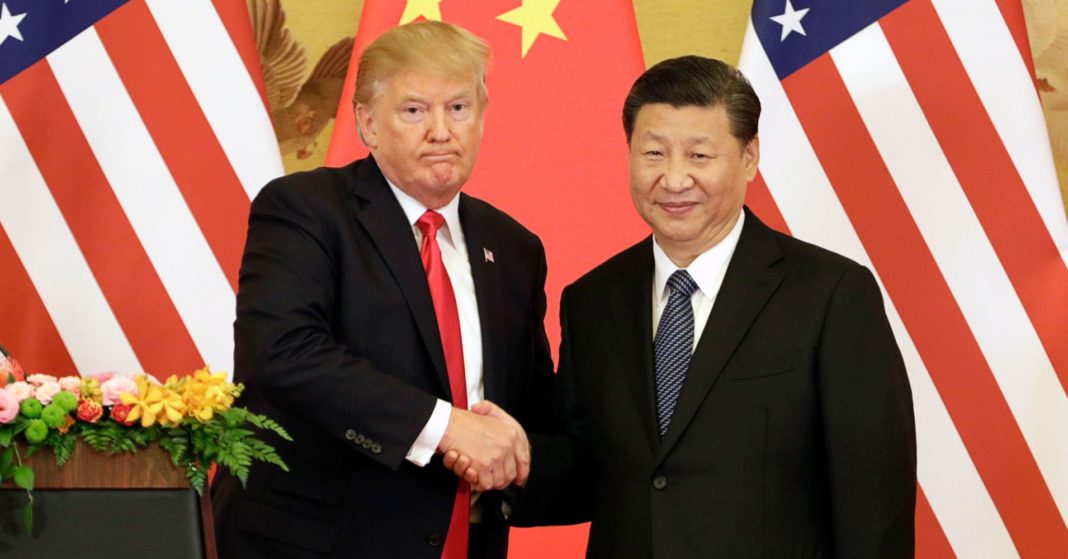 The U.S. and China could remain locked in an escalating trade war for quite a while, and analysts have low expectations for any progress at a much touted meeting between President Donald Trump and President Xi Jinping at the end of the month.

There had been some expectation that the post-midterm election environment and the upcoming meeting between Trump and Xi at the G-20 in Buenos Aires would provide an improved atmosphere for trade talks to resume. But analysts remain skeptical and say trade tensions could get worse before they get better, with even more tariffs coming in 2019.

Trump said he spoke with Xi last week and China wants to make a deal, but strategists said it still seems that there are no substantive talks and the two sides have not found common ground. Xi, meanwhile, spoke at a conference Monday and while he did not directly mention the U.S. by name, he insinuated that there is a major rift between the two countries.

“I’m glad Trump talked to Xi last week. I think the atmospherics have gotten a little bit better, but frankly I think Trump said that because he knew the market would be pleased, and he wanted to see the markets rally ahead of the election,” said Greg Valliere, chief global strateigst at Horizon Investment. “Xi said something kind of critical over the weekend to indicate we’re a long way away from a deal.”

Xi spoke at the opening ceremony of China’s International Import Expo, an event where China has been hoping to show that it is sincere about boosting imports and elevating its consumer in the global trade arena. But as trade tensions with the U.S. rise, China’s exports have also risen, with the trade gap with the U.S. a record $40.2 billion in September.

“As globalisation deepens, the practices of ‘law of the jungle’ and ‘winner-take-all’ are a narrowing road that leads to a dead end,” said Xi. “Inclusion and reciprocity, win-win and mutual benefits is the widening and correct path.” Xi also said China would support reforms to the World Trade Organization and improve protection for intellectual property, two ideas supported by the U.S.

Trump, in his comments Friday, said China’s economy is hurting and that it wants a deal. But if one can’t be reached, the president said he’s ready to move ahead with another $267 billion in tariffs. China’s stock market has been sliding, and Shanghai stocks are off by about 20 percent year-to-date. Service sector data, released early Monday, showed slowing orders, with the Caixin/Markit services purchasing managers’ index falling to 50.8 in October from 53.1 in September, the lowest in more than a year.

“There’s nothing in Xi’s speech that shows he’s about to capitulate. I think what happened is Xi and China made a deal with [Treasury Secretary Steven] Mnuchin earlier this year to reduce the trade deficit. China would buy more goods including agriculture and energy and then Trump said we don’t have an agreement. I think that soured the relationship,” said Marc Chandler, Bannockburn Global Forex chief market strategist. “[China] is seeing this as a long-term protracted struggle and because of that they’re trying to find ways around it.”

Chandler said if the Democrats take a majority in the House of Representatives, as expected, the battle against China will be fought by both parties in Congress, since China can be seen as a villain hurting U.S. workers and taking U.S. jobs.

“I don’t think the relationship with China changes…Will it be Congress talking about how bad the Chinese are?…or will it be the president?” he said. “If Trump is seen as capitulating to the Chinese, will that really boost his electoral chances? Is trade really the thing that’s fired up his base? Proof that it’s not is that he’s played up immigration,” said Chandler.

Gary Hufbauer, senior fellow at Peterson Institute, said Trump succeeded in putting China aside as voters go the polls Tuesday. He said he expects, however, that the trade war with China will continue through Trump’s term in office, unless business or consumers are hurt too much by it.

“My view is it’s a cold war and the leading edge of the cold war is economic sanctions” with the U.S. putting tariffs on China, he said. “We don’t see it as a straight line. There will be back and forth. The surprise to me will be if there is some kind of breakthrough at the end of the month and a double surprise is if Turmp doen’t do anything on Jan. 1.” The U.S. has said it would boost the current 10 percent tariff on $200 billion in Chinese goods to 25 percent Jan. 1 if nothing improves.

But Daniel Clifton, head of policy research at Strategas said Trump will stop the tensions with China before it hurts him politically. “We have been arguing in client meetings over the past two weeks that the cold war thesis is being viewed as too binary of an option by investors. Trump wants to get reelected more than anything else. Is he really going to tank the economy before his reelection? Likely not. So why is he doing this now? Because it is a midterm election year and he is trying to ramp up his base. He also goes all in on his opponent before cutting the deal. Our guess is that Trump can cut a trade deal post-midterms and then ramp up the geopolitical pressure after his reelection,” said Clifton.

BlackRock strategists said the midterm elections could stir up some volatility but trade remains the bigger factor looming for markets and global growth.

“De-escalation of such tensions would cheer risk assets such as equities. A likely meeting between U.S. President Donald Trump and Chinese leader Xi Jinping later this month will be a key signpost of whether tensions are set to ease–or heat up further in 2019,” BlackRock strategists wrote.