Explosive Moments From The Vanderpump Rules 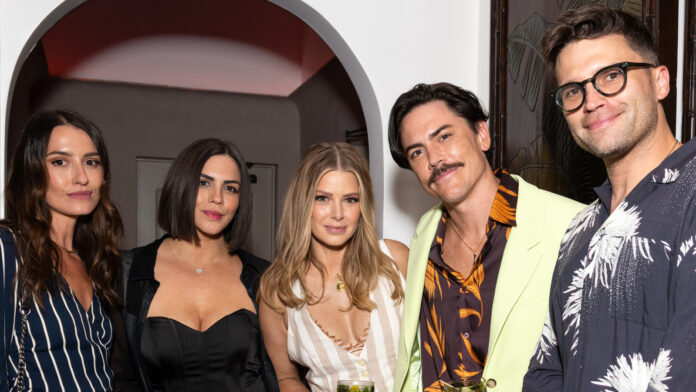 Vanderpump  Tom Schwartz and Katie Maloney may not have achieved their happily ever after, but another couple on “Vanderpump Rules” seems to be on the right track. Despite being together for over a decade, Tom Sandoval and Ariana Madix are as strong as ever. However, the two might be hiding the secret to their unbreakable bond: forging relationships with other people.

During the Season 10 trailer, Scheana Shay revealed to Sandoval what she had heard through the grapevine. “Katie said you and Ariana have an open relationship,” she dished, to which Sandoval responded with utter shock. “Oh my god,” he said. Funny enough, Madix quickly dispelled the rumors and decided to set the record straight a few hours after the trailer dropped. On Twitter, she wrote that her relationship with Sandoval is not as exciting as the show makes it out to be. “we dont have an open relationship,” the reality star said. “I’m really not that cool. thought that was obvious. #pumprules”

It doesn’t appear that Sandoval and Madix would go to such lengths to spice things up their romance anyway. After all, deciding to date was already a “risky” move in itself, according to Madix. “It’s a risky move because especially if you like that person as a friend and that is somebody you value as a friend, if it doesn’t work out, that could be very bad once you cross that line,” she told Bravo’s Daily Dish in 2020.