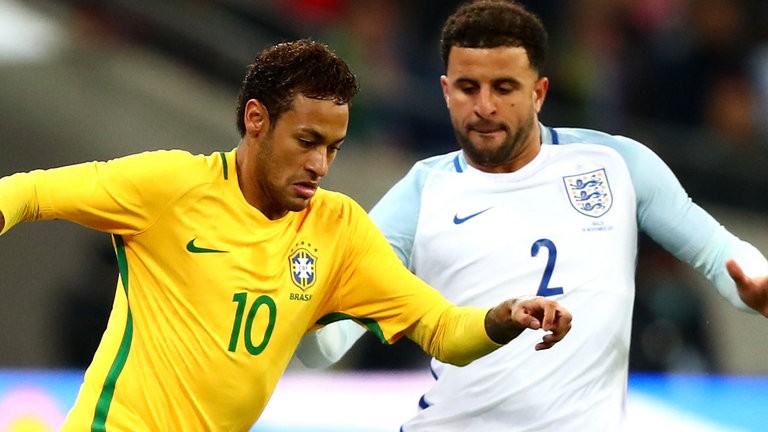 England’s young side were put to the test but earned a credible 0-0 draw with Brazil at Wembley on Tuesday night. 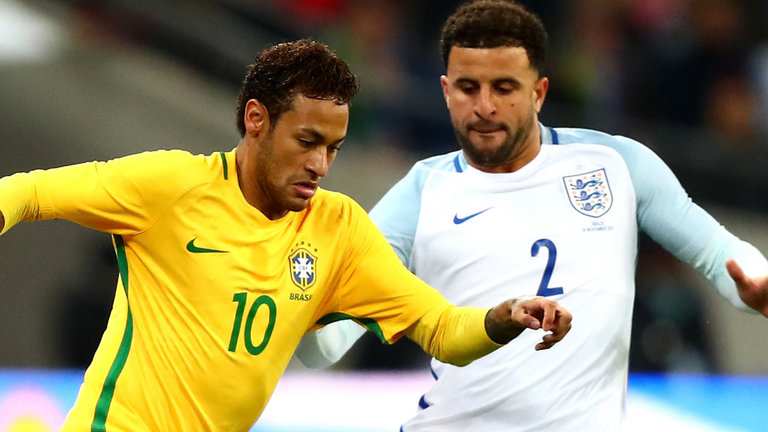 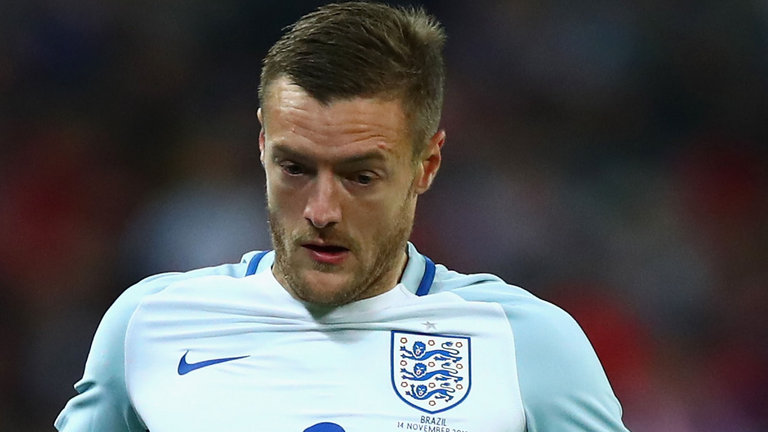 Following a goalless first half lacking in chances, Philippe Coutinho’s poked effort forced a good save from Joe Hart, before Fernandinho hit the outside of the post with a long-range effort.

England now wait until March for their next games, with friendlies against Netherlands and Italy in March, but both Gareth Southgate’s side and Brazil will have more than a keen eye on the World Cup draw on December 1 in Moscow.

Man of the match: Joe Gomez

Brazil fielded a strong XI and dominated possession in the first half, but failed to get past England’s stubborn back line as Southgate tested out a back three again.

Ruben Loftus-Cheek, who was man of the match on his debut against Germany, went off injured after just 35 minutes, but Liverpool defender Joe Gomez fared better on his full debut, earning the man-of-the-match award at centre-half.

Chances finally came in the second half as Hart closed down the gap well to block Coutinho’s shot following lovely skill on the edge of the box by Neymar, before Manchester City midfielder Fernandinho nearly found the bottom corner with a shot from 25 yards.

Hart, looking to stake a claim for the No 1 jersey ahead of next summer’s World Cup, then did well to beat away Paulinho’s effort from an angle, and England fans had to wait until the final minute to see their side’s first real chance.

Joe Gomez made his full debut in the heart of defence, while Ruben Loftus-Cheek also started following his impressive display against Germany. Marcus Rashford and Jamie Vardy started up front. Brazil fielded a strong XI, with a front three of Philippe Coutinho, Neymar and Gabriel Jesus.

After Tammy Abraham flicked on Ashley Young’s dangerous left-wing cross, Dominic Solanke got the ball stuck under his feet unmarked at the far post on his England debut, and was then closed down by Brazil goalkeeper Alisson.

Brazil, ranked No 2 in the world, had 66 per cent possession at Wembley, but Southgate will be pleased with his side’s defensive showing again after their goalless draw with world champions Germany on Friday.

Man of the match – Joe Gomez

Gary Cahill was expected to start on Tuesday night, but when Gomez was named for his full England debut, you’d have been forgiven if you feared for the Liverpool youngster.

The 20-year-old, up against Neymar, Gabriel Jesus and team-mate Philippe Coutinho, was England’s best player at Wembley, and contributed all over the defensive third as the hosts reduced the trio to a whimper of long-range efforts in the first half.

Gomez made eight interceptions and registered a 87 per cent pass completion rate on a night England struggled to keep the ball in large parts. We’ll no doubt see him again in the lead up to Russia.

Southgate: “We’ve come up with a really credible result. We can look at areas we need to improve, but we have found so many positives in terms of players who have performed at this level for the first time, or nearly the first time, in the likes of [Harry] Maguire.

“It’s not going to get much tougher for them than it was tonight. They will gain huge confidence. As a group, what they have given will stand them in really good stead moving forward.”

After the World Cup draw on December 1, England go to Netherlands (March 22) and then host Italy (March 27), while Brazil go to Germany on March 26.