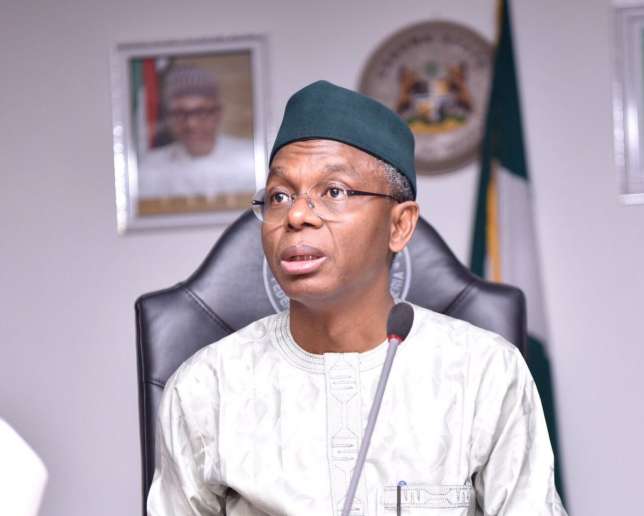 In a recent interview, Gov El-Rufai made it clear he has no apologies for sacking 22,000 teachers who couldn’t pass a Pry 4 test.

On November 9, 2017, Governor Nasir El-Rufai of Kaduna State, made public scripts of school teachers who had flunked a Pry 4 test.

It was El-Rufai’s way of justifying the sack of 21, 780 teachers days before.

This week, labour leaders led ‘fellow comrades’ to the Kaduna government house to protest the mass purge of teachers from the payroll.

In an interview with ChannelsTV, El-Rufai made it clear he isn’t about to reverse his decision to let go of the teachers.

Here’s an overview of what the Governor said:

1. El-Rufai expected the resistance from labour, but he isn’t backing down

“We debated this for a long time and this is a problem that we confronted within months of coming into office and we took extra-ordinary measures to study the situation and we know that there would be a resistance.

“We knew that there would be resistance. Any attempt to improve a bad system meets resistance and we know that trade unions aren’t interested in national interest. They are interested in promoting narrow interests of their members.

“We knew that all this would happen and we are ready for it”.

“We have already taken second, third and fourth look at this situation. We have studied what previous governments have tried to do and there is no going back. I have absolutely no doubt in my mind that we are not going to reverse our decision. These teachers are gone, we are going to employ new teachers.

play El-Rufai says 25,000 teachers have been pencilled to replace sacked ones (Punch)

“The process of testing and interviewing the 25,000 teachers we are hiring to replace the 21, 780 is on and we are going to go ahead with it”.

“As I have said, it is the children of poor and ordinary people of Kaduna State that go to public schools. We are committed to ensuring that they get decent public education as I got it when I was growing up in Daudawa in Katsina State.

“I went to a public school and I got decent education. I was orphaned at the age of eight but I got free, basic education and this is why I’m where I am.

“I intend, at whatever price, at whatever cost to bequeath that to children of ordinary people in Kaduna State. There is no going back”.

4. There’s no plan to retrain sacked teachers because that ship has since sailed

“Those suggesting retraining haven’t read our various statements on this issue. This administration of the APC in Kaduna State has already spent N650M on training in the last two and half years since we took office.

“The situation we have in which people cannot answer questions that Pry 4 pupils can answer, means that they are incapable of being trained. Those that are talking about training do not get it.

“These ones that are going are untrainable. They can do something else with their lives, and we’ll do everything to give them the opportunity to do so, but not teaching”.

5. If you are a teacher in Kaduna, expect a pay rise

“As I said, we are not going to compromise on the quality of the teacher. We intend to attract the best and brightest people to the teaching profession, we intend to pay teachers higher than normal civil servants because we believe in education.

“We’ll not be blackmailed, we’ll not be intimidated. No amount of strikes or protests will make us change our position on this matter.

“Some with NCE certificate, degree certificates in education failed the test which is a big shock to me. These people are beyond redemption”.