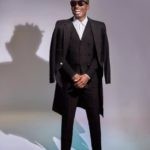 Efe Ejeba, winner of the 2017 Big Brother Naija reality show is currently on location to shoot his much awaited music video, “Based on logistics’’.

The 23-year old rapper took to his twitter handle @EfeMoney to announce the development.

Efe, since his win, has been enjoying his celebrity status with some endorsements and appearances.

He was appointed Ambassador for Entertainment by the Plateau State Government and also graced Thisday Style magazine cover.

Efe who is a graduate of Economics from the University of Jos, released an Extended Play (EP) titled “Lagos’’ before going into the Big Brother reality TV show.