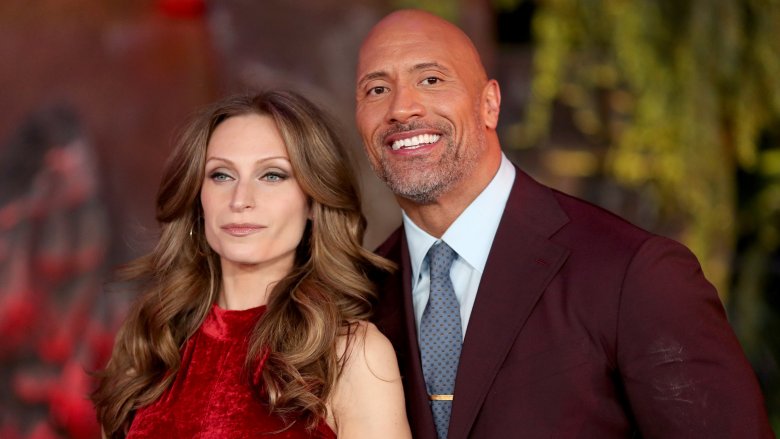 After twelve years together, Dwayne “The Rock” Johnson and his longtime girlfriend, singer/music producer Lauren Hashian, tied the knot in an intimate ceremony in Hawaii. Johnson shared the news of their matrimony with fans on Instagram.

“We do, August 18, 2019. Hawaii. Pōmaikaʻi (blessed),” Johnson captioned the two wedding photos with his bride. The ceremony was reportedly intimate and relaxed, with Johnson opting for a white shirt and pant combo. According to People, Johnson and Hashian met in 2006 and began dating a year later. The newlywed couple shares two daughters.

In July 2018, ET’s Kevin Frazier caught up with Johnson — who was already referring to Hashian as his wife — to ask the actor if the pair had married in secret. “I just refer to her as my wife all the time. So a lot of people are like, ‘Oh, did you get married?'” Johnson explained during Frazier’s visit to the set of 2018’s Skyscraper. “I’m like, ‘No. Easy. Don’t rush big daddy.'”

This is the second marriage for the Hobbs & Shaw actor, who was previously married to film producer and bodybuilder Dany Garcia for ten years before their split in 2007. Garcia even continued to manage Johnson’s career for a time after their marriage had dissolved. “Even throughout personal problems, we were always locked in the business because we just had so much fun,” she told LatinTrends in 2018. “It was so easy to talk about him and work in that space because the truth was, he was great. Whether our marriage was working or not, he was fantastic. That was the easy part.” She and Johnson share an 18-year-old daughter, Simone Garcia Johnson.

However, love wasn’t done with The Rock just yet. Hashian walked into his life, and the rest is history. “I was so fortunate to have fallen in love once,” he told People in 2012. “To fall in love again? That’s a hard thing to do twice in the position I’m in. I’m one lucky son of a b****.”