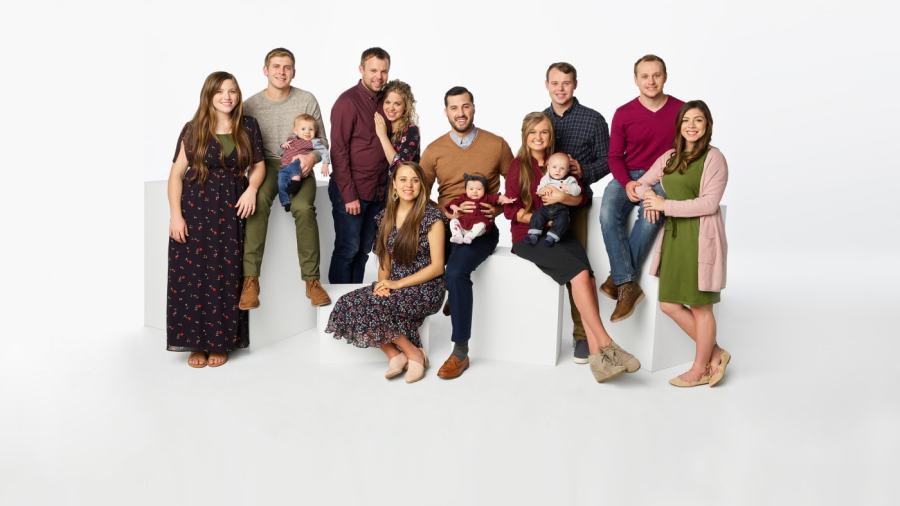 “We were shocked to see a news report today state that our home was raided by federal law enforcement agencies. This is not true,” a rep for the family said in a statement to Us Weekly on Tuesday, November 19. “To the best of our knowledge, it’s also not true that any member of our family is the target of any investigation of any kind.”

The statement continued, “Living a life in the public’s eye has taught us that it is best not to reply to every rumor and piece of ‘fake news’ that is circulated online. It would be a full-time job if we attempted to do so. However, because of tonight’s media coverage, we thought it is important to address this rumor with you. Thank you for the love and support that we can always count on in you, our fans and friends.”

Earlier on Tuesday, an HSI spokesperson allegedly told KNWA that agents were present at the Duggars’ home in Tontitown, Arkansas, sometime last week.

“[I do not dispute the information that] HSI was present there [at the Duggar home] pursuant to an ongoing federal criminal investigation,” the spokesperson was quoted as saying.

The outlet reported that HSI did not disclose the reason for the alleged investigation, while the U.S. District Attorney for Western Arkansas reportedly declined to comment.

Jedidiah Duggar, who announced via Instagram earlier this month that he is running for Arkansas State Representative, said he was “unaware” about a possible probe.

“I don’t live there, and I am not aware of any investigation,” the 20-year-old told KNWA.

KFSM, meanwhile, reported that HSI also allegedly visited a business owned by Josh Duggar, although investigators could not comment further unless federal charges are filed.

Jim Bob Duggar, Michelle Duggar and their children entered the spotlight in 2008 on the now-canceled TLC reality series 19 Kids and Counting. A spinoff show, Counting On, premiered in 2015 and follows the lives of the adult Duggar siblings and their families.

Us Weekly has reached out to Homeland Security Investigations for comment.