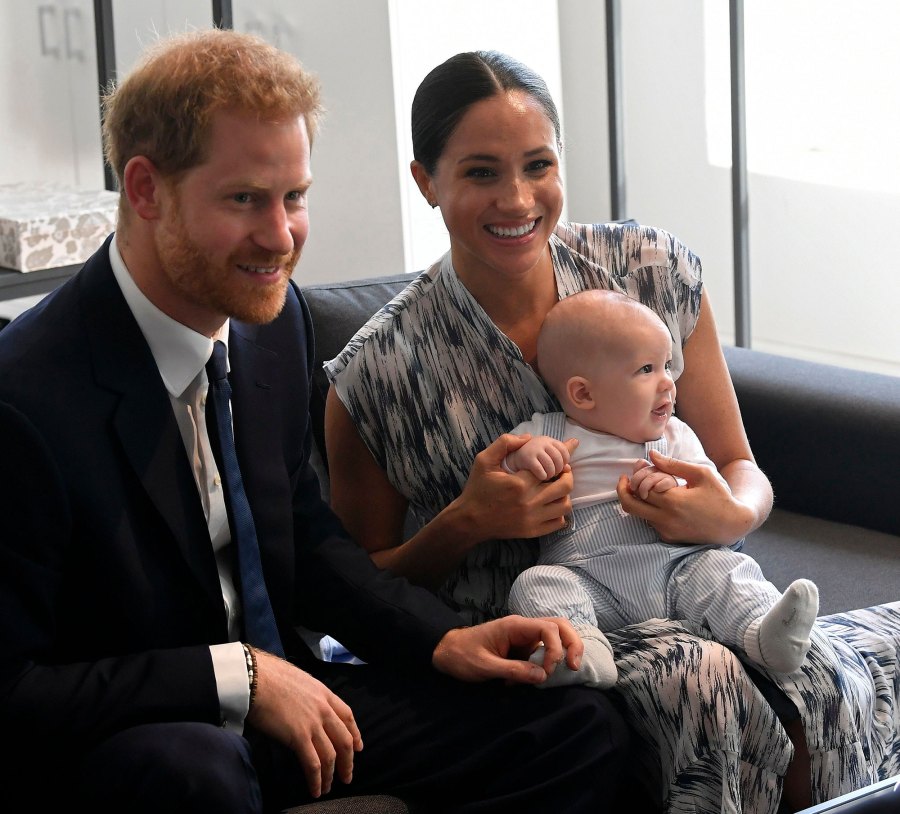 Duchess Meghan, Prince Harry Left Archie Behind in Canada Amid Royal Drama, Safe and sound. Duchess Meghan and Prince Harry left their 8-month-old son, Archie, behind in Victoria, Canada, amid stepping down as senior members of the royal family.

According to an article published in Harper’s Bazaar on Thursday, January 9, the Duke, 35, and Duchess of Sussex, 38, plan to return to Canada, where Archie has been under the care of Jessica Mulroney, a close friend of Meghan’s, and a nanny, on Thursday evening.

Meghan and Harry opted for an intimate Christmas celebration in Canada, forgoing the annual holiday celebration with Queen Elizabeth II, Prince William, Duchess Kate and the rest of the royal family at the Sandringham Estate. A source told Us Weekly on December 31 that the couple first stopped in Toronto to see Meghan’s friends, including Mulroney, 40,  before traveling to Vancouver to meet Meghan’s mother, Doria Ragland.

Days later, the twosome announced that they have decided to “step back” from their royal duties.

“We have chosen to make a transition this year in starting to carve out a progressive new role within this institution,” the pair said in a joint statement released on Wednesday, January 8. “We intend to step back as ‘senior’ members of the Royal Family and work to become financially independent while continuing to fully support Her Majesty The Queen. It is with your encouragement, particularly over the last few years, that we feel prepared to make this adjustment.”

The statement added that Meghan and Harry plan to “balance” their time between the United Kingdom and North America.

The queen, 93, released a statement in response to the news a few hours later. “Discussions with The Duke and Duchess of Sussex are at an early stage,” the statement read via Buckingham Palace. “We understand their desire to take a different approach, but these are complicated issues that will take time to work through.”

Us broke the news in October that Meghan and Harry were “considering” moving to Canada. A source told Us on Wednesday that they also are planning to have a second home in Los Angeles.

“They’re planning to split their time between Canada and L.A. They already have a home setting in Canada. That will be their base,” the second source explains. “They are house hunting in L.A., but L.A. will be more of a holiday home. Meghan’s definitely behind the move.”