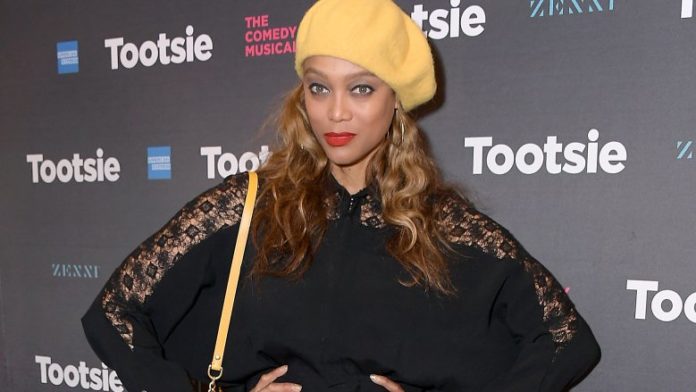 Rihanna has an adorable 7-year-old doppelgänger, and we are shaken.

On Tuesday, July 23, 2019, the “Umbrella” hitmaker took to Instagram to share a shocking snapshot with the world. “Almost drop my phone,” Rihanna wrote to her 73.5 million followers, captioning a photo of her clear-as-day mini-me, aspiring model-actress Ala’a Skyy. Nicknamed Honey, she donned a sunflower-printed white crop for the pic while giving her best Rihanna-esque pose. As the singer herself went on to ask, “How?”

Of course, the 31-year-old music star wasn’t the only person surprised by the uncanny resemblance. According to E! News, a number of Rihanna’s famous pals quickly commented on the image. “Wow?!” Quantico star Priyanka Chopra simply wrote, while Orange Is the New Black star Uzo Aduba similarly shared, “Legit WOW.” Meanwhile, Comments By Celebs captured rapper Snoop Dogg‘s hilarious question: “When did u have a baby.”

It should be noted that, as of this writing, Rihanna has not yet had a child of her own. However, these types of comments kept on rolling in from her adoring fans. “Rihanna got a daughter!” one person wrote, while another shared, “Your twin… Wow” (via People). Another fan commented, “Lol I thought Rihanna used the baby filter.” Meanwhile, one follower dubbed the snap, “Badgirl Reincarnation.”

Even model-turned-TV-personality Tyra Banks notably got in on the action, which is where the speculation surrounding Ala’a’s potential future prospects comes in, according to Page Six. Sharing the now famous pic of Ala’a Skyy on her own Instagram account, the 45-year-old multi-talent wrote to her 7.5 million followers, “S.O.S. PLEASE SOMEONE HELP ME identify @badgalriri’s #freshfierceface mini-me!” Following this A+ reference to Rihanna’s hit 2006 single, Banks added, “(Love you RiRi),” alongside baby chick and yellow heart emojis.

At the time of this writing, it’s unclear whether Banks and Rihanna have personally reached out to Ala’a, or if a modeling contract with the America’s Next Top Model host is indeed in the works. But we’re certainly keeping our fingers crossed for this up-and-coming child star. Either way, Rihanna’s post has garnered over an astounding 7 million likes — and it looks like little Ala’a couldn’t be happier about the exposure. “Thank you @badgalririfor posting my picture!” she quickly wrote to the “We Found Love” singer in an Instagram repost. “I’ve always wanted to be a model.”

It should be noted that proud mom Bria Baytops has since switched Ala’a’s account on the popular social media platform over to her own page, which currently boasts nearly 83,000 followers. While opening up about Rihanna’s unexpected shoutout, Baytops told Good Morning America on Wednesday, July 24, “[I was at work when] a coworker walked in and was like, ‘Rihanna just posted your daughter.'” She continued, “I was just star struck. Like it was surreal and still is.” As for her young daughter, Baytops added, “She just said that she’s going to be a star.” We believe it!

Baytops also spoke with The Blast this week, revealing that she typically hasn’t noticed Ala’a’s resemblance to Rihanna simply “because she’s my child.” She explained, “I see her everyday. It’s only when people mention it, I’m like whoa she does.”

In other Rihanna news, the singer was recently dubbed the world’s richest female musician by Forbes in June 2019, and has been hard at “work work work work work work” on her ninth studio album. While the highly-anticipated effort has yet to get a release date, the Fenty Beauty mogul teased her upcoming record while speaking with Interview just last month.

“It’s the reason why an album isn’t being spat out like it used to,” she said of balancing her busy, multi-faceted schedule with a renewed focus on self-care and prioritizing her personal life. “I used to be in the studio, only the studio, for three months straight, and an album would come out. Now, it’s like a carousel. I do fashion one day, lingerie the next, beauty the next, then music the next. It’s like having a bunch of kids and you need to take care of them all.” Without dishing when the new music will drop, Rihanna simply said fans can expect the album to be “really fun.”

As for the “Stay” songstress’ headline-making mini-me, we suspect a bright star will shine in little Ala’a Skyy’s future. In addition to any potential modeling and acting opportunities that may come her way, perhaps we’ll one day hear her sing a duet with Rihanna herself.