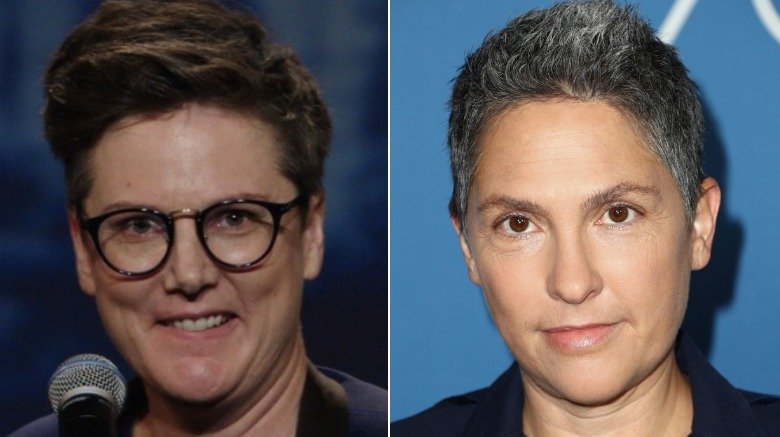 According to a Page Six exclusive, published on Monday, Oct. 22, 2018, the star of Netflix’s groundbreaking comedy special Nanette and the acclaimed television showrunner reportedly began dating over the summer.

“Jill recently went to Australia to meet Hannah’s family,” a source cited by the publication claimed. However, noting that the alleged pair are “very private,” the insider added, “They don’t want people to know they are a couple.”

Gadsby, 40, and Soloway, 53, are currently teaming up professionally in a press tour for Soloway’s book, She Wants It: Desire, Power, and Toppling the Patriarchy. The television executive recently revealed that the two met for breakfast after they saw Gadsby perform Nanette. “[We] became friends after that,” Soloway said during their joint TimesTalk appearance last Tuesday, Oct. 16. “We realized yes, we both have a lot of things in common that we like to talk about that generally annoy other people.”

“I think it overwhelms people. It was nice to meet someone who in the course of small talk, you are talking about consent,” Gadsby added, to which Soloway quipped, “Rage, patriarchy, consent before the coffee comes.”

At the time of this writing, Soloway, Gadsby, and their reps have yet to publicly comment on their reported relationship. However, they’re not the only celeb pairing to recently spark dating rumors. As Nicki Swift previously reported, movie star Channing Tatum and pop star Jessie J were first romantically linked earlier this month, but have reportedly been casually dating for a few months now. Meanwhile, the 21 Jump Street star’s ex-wife, actress-dancer Jenna Dewan, is also reportedly back in the dating game following the former couple’s April 2018 split.