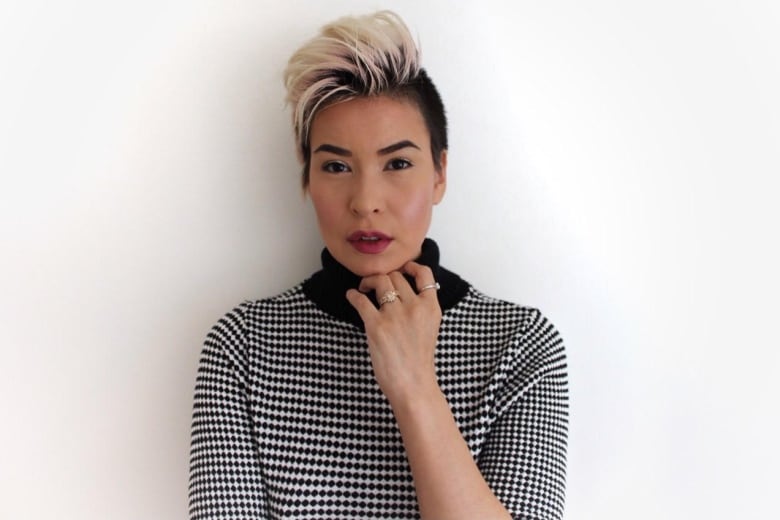 An Indigenous artist who has collaborated with Vancouver fashion designer Chloë Angus says he will no longer work with her in response to concerns about cultural appropriation and misleading marketing.

Kwakwaka’wakw artist Steve Smith said on Monday that he is retracting an earlier statement of support for Angus and cutting off his professional relationship with Chloë Angus Design.

He joins Linnea Dick, who has modelled for Angus’s catalogues and runway shows, in reconsidering the collaboration.

Dick, an orator and writer of Kwakwaka’wakw, Nisga’a and Tsimshian descent, published an open letter this weekend that says she feels “betrayed, misled, and deceived” by the designer.

“It’s no longer good enough for allies to provide opportunities for Indigenous people while still holding the strings behind the scenes, but rather essential now to empower Indigenous communities to create these opportunities and collaborations on their own terms,” Dick writes.

“This can’t happen with non-Indigenous ‘allies’ taking up space in the front lines of our advocacy, or being the ones telling our stories.”

Angus is one of the most prominent designers in the world of Indigenous-inspired apparel. She licenses the artwork of people like Smith to print on the clothing that makes up her Spirit Collection and pays them royalties from the sales.

As CBC has reported, Angus is not Indigenous, and though she has marketed her company as “over 50 per cent Métis owned,” records show she is the sole owner of the business.

She has described her target audience as “the average white lady” who might think the work of Indigenous designers is “too bold,” and has received at least one grant developed to support First Nations, Métis and Inuit artists.

Several B.C.-based Indigenous clothing designers have said they’re fed up with Angus misrepresenting her company, and they’re accusing her of profiting from “dumbing down” their cultures.

Chief tells critics ‘focus on yourself’

In response to CBC’s reporting, Angus posted a statement on her company’s social media this weekend thanking followers for their support.

“We are currently consulting with Indigenous leadership to begin the process of healing, education and positive resolutions as we continue our collaborative work with Indigenous artists to unite people through art and fashion,” the post reads.

Contacted Monday for comment about the concerns from Smith and Dick, Angus said she will not have anything to add until her consultation with Indigenous leaders is complete. She did not answer questions about who she is consulting.

However, Angus has earned the support of at least one Indigenous leader, Tsilhqot’in National Government tribal chair Chief Joe Alphonse, who said he found the criticism of Angus to be unfair.

“I’m pretty fussy about who I deal with. Chloë Angus is somebody who I’ve had business interactions with and … she’s always been straightforward with us,” Alphonse said.

“I’ve always been really impressed with her.”

He said his advice to the designers who have a problem with Angus is “focus on yourself.”

Dick’s letter, on the other hand, says she is concerned about how the designer has handled growing criticism over the last year.

“I have never seen Chloë Angus genuinely respond to the concerns of Indigenous community. In fact, she’s always claimed it’s ‘a small group of people,’ who are bullying her and trying to discredit her businesses. This does not sit well with me,” Dick wrote.

She said she received an email from Angus on Sept. 19, after CBC began asking questions, asking for support from all the collaborators. Dick did not respond.

“I felt the way this email was framed was not to gather a collective voice, but rather to use our voices to support her business against the Indigenous community who has been calling for her accountability,” Dick wrote.