Chrissy Teigen: My ‘Asian Jungle Feet’ Must Be Hidden or Retouched in Photos 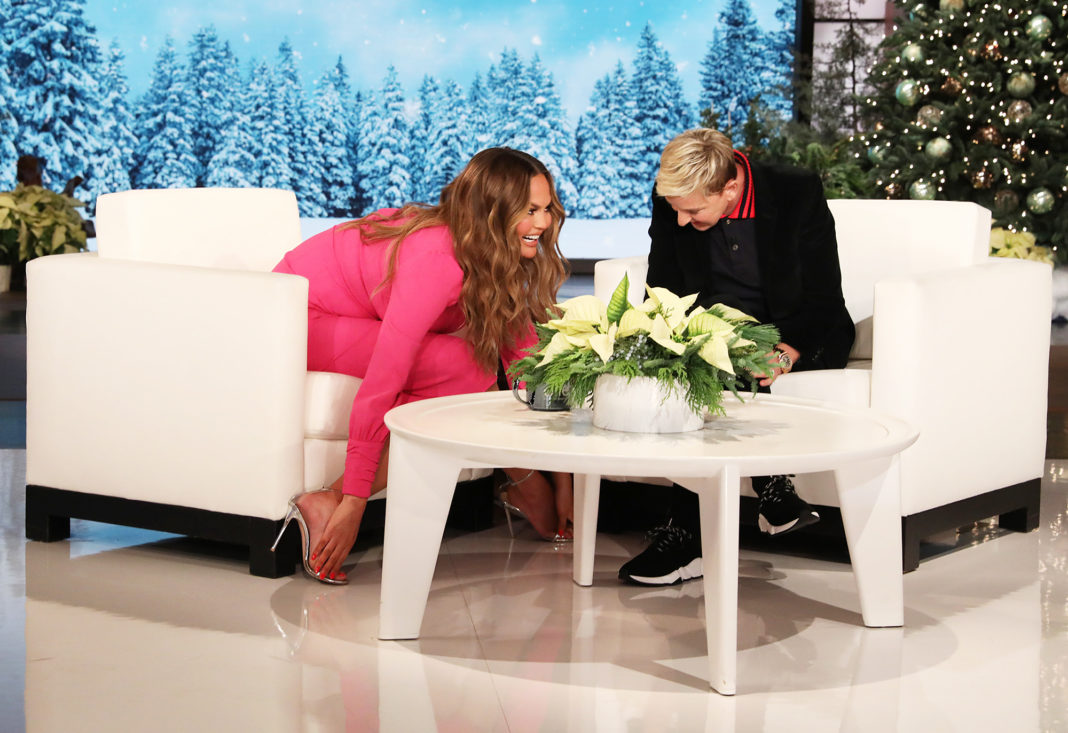 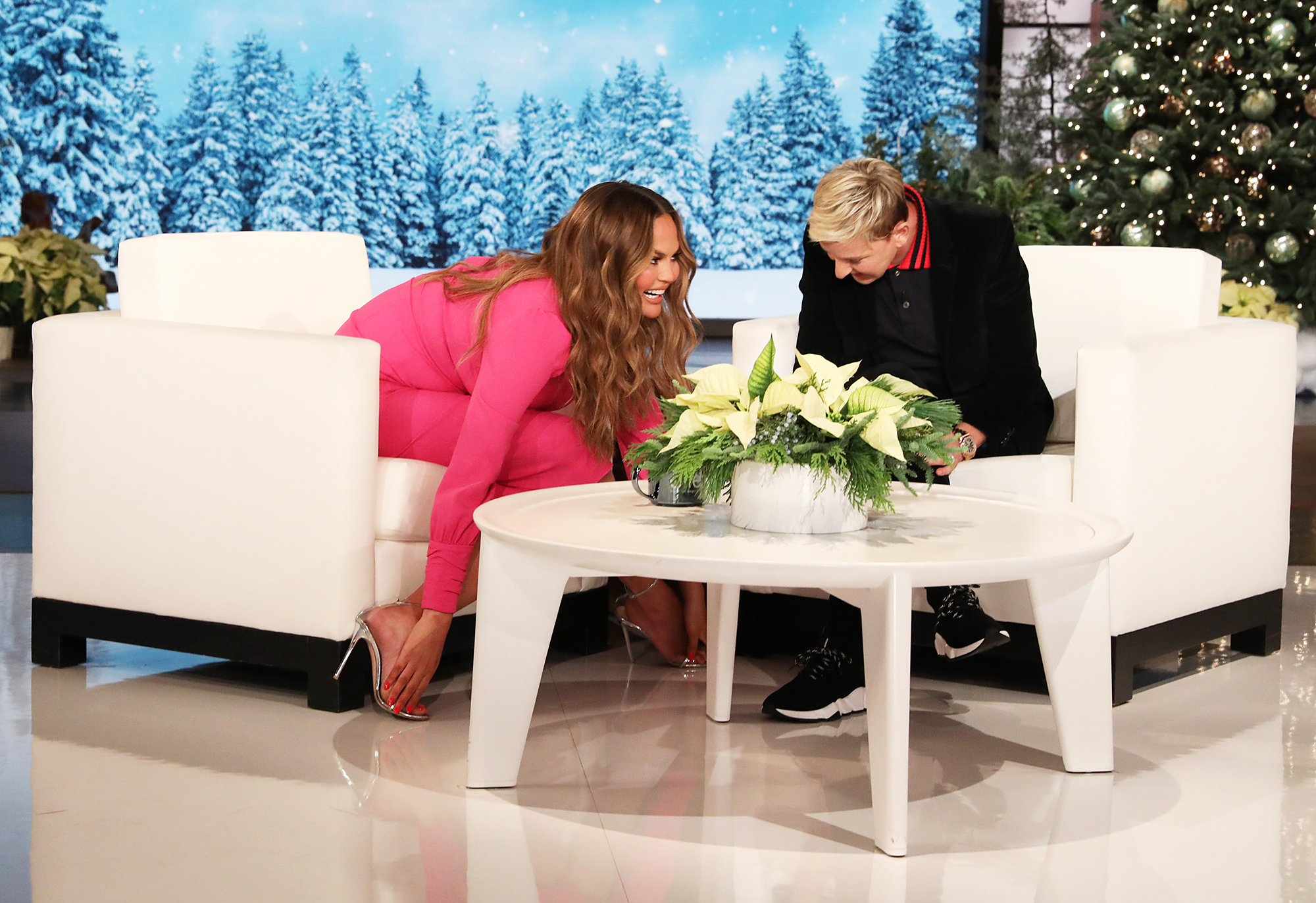 Just when you think she’s shared it all, Chrissy Teigen drops a new bomb on her fans. The model revealed she put “no feet” in her Sports Illustrated Swimsuit modeling contract.

“I have horrible feet,” Teigen said on the Tuesday, November 20, episode of The Ellen DeGeneres Show. “Now you’re all gonna look at my feet.”

The 32-year-old then bent down to cover her feet. After Teigen adjusted her position on the chair, DeGeneres asked her what she thinks is “wrong” with her feet.

“I have, like, Asian jungle feet, we’re meant to climb trees. … I used to have it in my Sports Illustrated contract, like, no feet,” Teigen explained. “I would bury them in the sand.”

A perplexed DeGeneres then asked Teigen why she wears shoes that expose her toes. 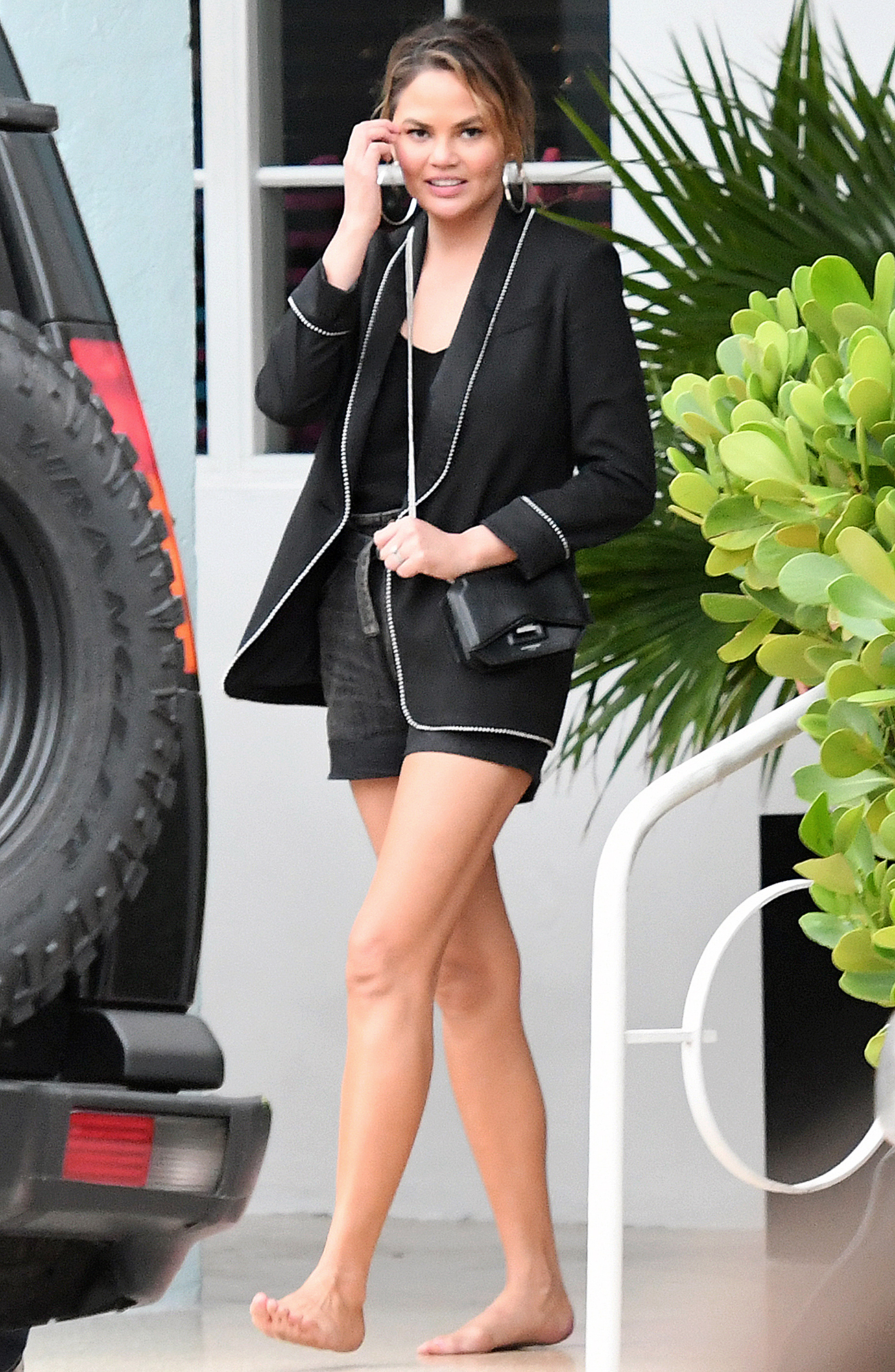 “I can’t wear booties,” she replied. “And I figured that nobody would ever look that close.”

“John [Legend] always says if I die — this is a terrible story already,” Teigen continued. “All he has to do in, like, the morgue, instead of lifting up the sheet on the face, he’ll just do it the other way. He can tell by my feet.”

A Full Guide to Every Holiday Special on This 2018 Season

The Cravings: Hungry for More author added: “He’ll be like, ‘Yup, that’s her.’”

Later on in the show, the host asked the Lip Sync Battle host about her feet in the promo shot for Teigen and Legend’s upcoming holiday special, A Legendary Christmas with John & Chrissy.

“They are retouched there, as per contract,” Teigen said. “You know how people do their butt and their face, and I just go straight foot.”