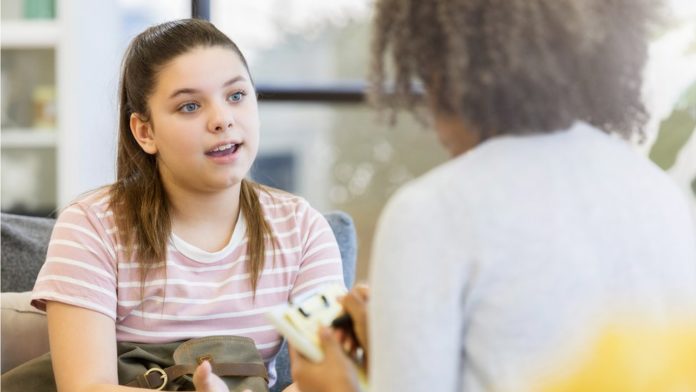 Spending on children’s mental health services – such as school counsellors and drop-in centres – has fallen in real terms in more than a third of areas in England, a report shows.

The study, by the Children’s Commissioner, found spending had risen by 17% overall but many children faced a “postcode lottery” of provision.

Officials said investing in these services was a priority.

The report looked at spending on so-called “low level” mental health services – designed to prevent or treat problems such as depression, eating disorders or anxiety – preventing the need for intensive, specialist intervention.

In general, half the funding comes from the NHS and half from local authorities. The report found that very high-spending areas were masking a larger proportion of low-spending areas, and that wide variations existed across the country.

According to the report:

Ms Longfield said: “This report reveals for the first time the postcode lottery facing the increasing number of children suffering from low-level mental health conditions like anxiety and depression.

“The children I speak to who are suffering from conditions like anxiety or depression aren’t asking for intensive inpatient therapeutic treatment, they just want to be able to talk to a counsellor about their worries and to be offered advice on how to stop their problems turning into a crisis.”

A statement from the Department of Health and Social Care said government plans would allow 70,000 more children a year to have access to specialist mental health care by 2020-21.

“Early intervention is vital and we’re going further, piloting a four-week waiting time standard for treatment, training a brand new dedicated mental health workforce for schools across the country, and teaching pupils what good mental and physical health looks like.”

The charity YoungMinds said some young people found support from youth workers and school counsellors life-saving and the situation was deeply concerning.

Emma Thomas, the charity’s chief executive, added: “While extra money for specialist NHS services is of course welcome, it’s better for everyone if young people can get help before their needs escalate or they hit crisis point.”