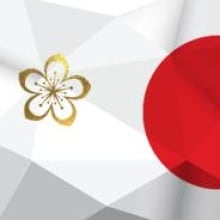 A relentless Olympic run by the Canadian women’s soccer team has finished with a gold-medal victory.

After back-to-back bronze medals at the last two Games, Canada defeated Sweden 3-2 on penalty kicks in a thrilling finish to win the gold medal in Tokyo.

“It feels amazing. Wow. Super, super proud of my team,” defender Kadeisha Buchanan said. “It’s a feeling I’ll remember for the rest of my life.”

Sweden’s Stina Blackstenius opened the scoring in the 34th minute, but Jessie Fleming equalized from the penalty spot in the 67th minute.

Fleming pulls Canada even in 2nd half

Canada won bronze at the 2012 London Games and finished third again at the 2016 Olympics in Rio.

After falling behind 1-0 and being outplayed for much of the first half, the Canadians mounted their comeback.

Coming out of halftime the red and white looked much more composed and confident, taking the play to the Swedes at times.

Then, in the 67th minute Christine Sinclair was taken down in the penalty box. She was in disbelief that there wasn’t a call.

But in a similar scene to what happened in the game against the United States, Canada was awarded a penalty kick after video review.

And just as she did against the Americans, Fleming delivered again, calmly striking the ball into the net to tie it.