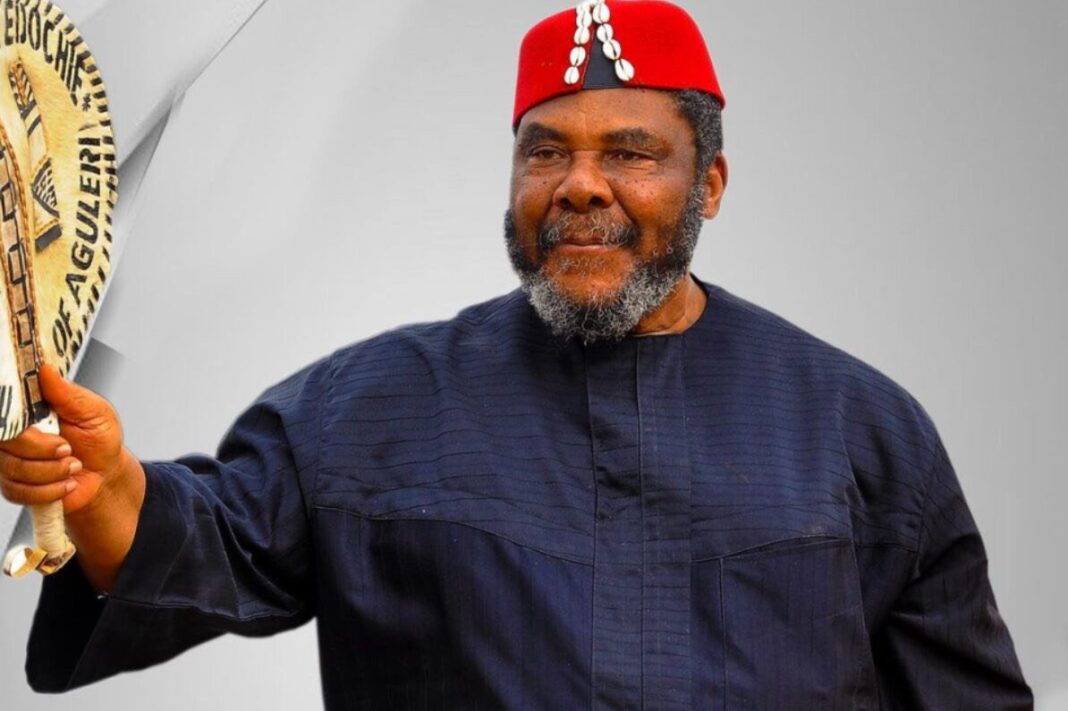 President Muhammadu Buhari has joined entertainers in the music and movie industry, particularly Nollywood, in celebrating with veteran actor, scriptwriter, and movie producer, Pete Edochie, on his 75th birthday.

President Buhari congratulated the renowned actor for the many pioneering and motivating roles in the entertainment industry, hitting the limelight in the 80s as Okonkwo in the screen adaptation of Chinua Achebe’s “Things Fall Apart”, where his superlative performance brought the spotlight to Nigeria and Africa.

Buhari’s spokesman, Mr. Femi Adesina, disclosed this in a statement on Monday.

The President noted that Edochie’s background of living and working extensively in various parts of the country and the world, after serving the government as staff of the Nigeria Railway Corporation and Nigeria Broadcasting Corporation, greatly shaped his global outlook and influenced his interpretation of roles as a thespian.

Congratulating Edochie, the usually stereotyped actor as king and father in movies, President Buhari affirmed that his role in the founding and growing of Nollywood as one of the biggest entertainment industries in the world deserves commendation, especially in incubating younger professionals and nurturing talents like his son, Yul Edochie.

The President prayed that the Almighty God will crown the award-winning actor, who has many international recognitions, with good health and strength to keep serving the nation.