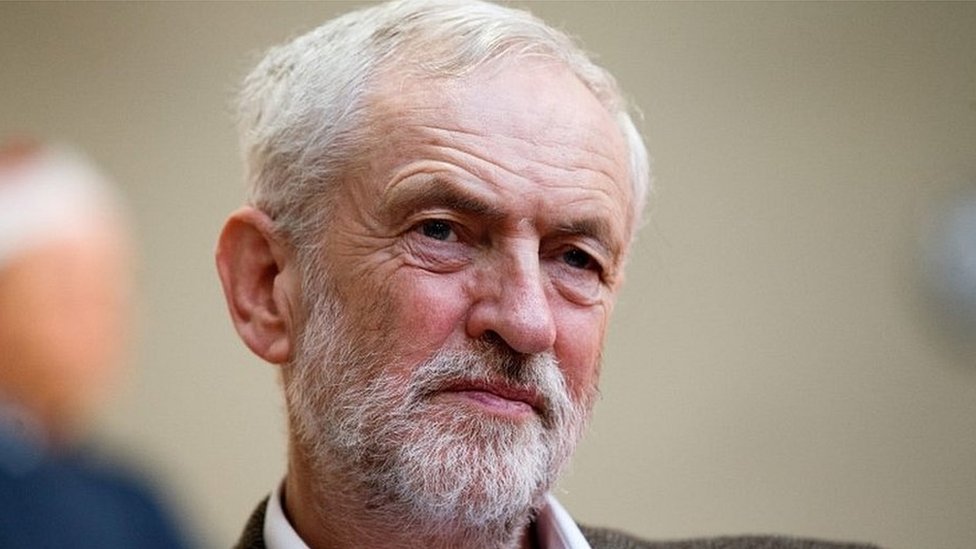 Brexit is a “complete mess” and the country “cannot go on like this”, Jeremy Corbyn has said in his new year’s message to the country.

The Labour leader said Theresa May had let down down both Leave and Remain voters by trying to “drive a bad deal” through Parliament over the UK’s exit.

No 10 said there was “still work to do” on building support for the PM’s deal.

Downing Street said the prime minister had spoken to European leaders over the festive period as she seeks to address the concerns of many Tory MPs about the withdrawal agreement.

MPs are due to vote on the deal in the Commons in mid-January.

The UK is due to leave the EU on 29 March 2019 but there is uncertainty as to what will happen if MPs reject the UK’s withdrawal agreement.

The opposition is seeking to force a general election by voting down the deal and calling a vote of no confidence in the government.

Mr Corbyn, who has said Labour would seek to re-open negotiations with Brussels to pursue a better outcome, said the Conservatives had “plunged the country into crisis”.

He accused the government of “trying to drive through a bad deal and letting people down all across the country whether they voted leave or remain”.

Only Labour, he claimed, was capable of uniting the UK, with policies to tackle inequality and job insecurity.

“Eight years of damaging Tory failure has left us with a divided country where millions are struggling to make ends meet,” he said. “We cannot go on like this.

“Labour is ready to deliver a radical alternative to rebuild and transform our country. We will stand up to the powerful few so the wealth you create is shared fairly not hoarded by a privileged elite.

“We will work to create a society where the talent of everyone is unleashed. That is how we will unite our country.”

In his end-of-year message, Sir Vince Cable has insisted Brexit can be stopped as he urged fellow supporters of another referendum on the UK’s future in Europe to “keep fighting”.

“The history books will look back on the coming three months as critical,” he said.

“Are we going to make a terrible mistake, leaving behind our influence in Europe’s most successful peace project and the world’s biggest marketplace?

“Or are the British people, in the final hours, going to be given a chance to re-consider, in light of all the facts which have come to the surface in the last two years?”

Meanwhile, Scottish First minister Nicola Sturgeon has sought to assure EU migrants that they would always be welcome in Scotland.

“Our reputation for being an open, warm-hearted, hospitable country has never been more important,” the SNP leader said in her Hogmanay message.

“I want to make that especially clear to the hundreds of thousands of nationals from other EU countries, who have done us the honour of choosing Scotland as their home.

“I know that this is a deeply uncertain time for you. But I also want you to know that your contribution to our national life – to our economy, communities and society – is hugely valued.”

Mrs May is seeking further “political and legal” assurances from EU leaders over how long the controversial backstop plan to avoid physical checks on the Irish border would last, amid concerns it would tie the UK indefinitely to EU rules.

A No 10 spokesperson said the prime minister had “been in contact with European leaders and that will continue in the lead up to the vote”.

“Her focus is certainly on getting the assurances that MPs want ahead of that vote taking place,” he added.

“There is still work to do and talks will continue.”