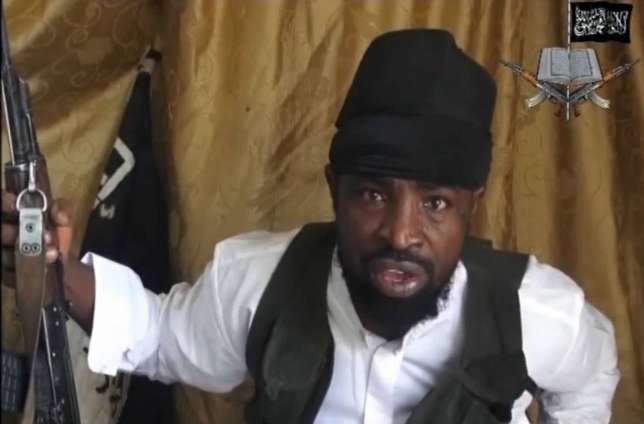 He led his faction in prayer in an open field believed to be located between the Nigeria-Cameroon border.

Boko Haram leader, Abubakar Shekau, led scores of Boko Haram terrorists in special prayers presumably for Eid el-Fitr which was celebrated around the country this weekend.

In the video released by the terrorist group on Monday, June 18, 2018, and published by SaharaReporters, the Boko Haram leader led his faction in prayer in an open field believed to be located between the Nigeria-Cameroon border.

The praying group was surrounded by armed men who stood to protect them from any anticipated attacks on all sides.

One of the terrorists could also be seen in the video hoisting the group’s flag while prayers were going on.

The group has been notorious for its numerous attacks over the past few months and has been blamed for the death of 31 people in a twin suicide bomb attack that ripped through the town of Damboa in Borno State on Saturday, June 16.

The victims were reported to be returning from celebrating the Eid el-Fitr holiday when two suicide bombers detonated their explosives in Shuwari and nearby Abachari neighbourhoods in the town around 10:45 pm.

Most of the casualties died from rocket-propelled grenades fired by jihadists into the crowds that had gathered at the scene of the initial attacks.