Bobby Moynihan: 25 Things You Don’t Know About Me! 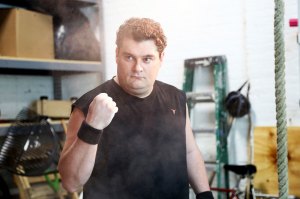 Bobby Moynihan, star of Disney Channel’s Star Wars Resistance, takes Us to a galaxy far, far away. Read on to learn 25 things about the Saturday Night Live alum.

2. If I could sustain a healthy life by only drinking Snapple Peach Tea, I would seriously consider it.

3. When I was a kid, I planted a tree while I was dressed as Woodsy Owl.

4. My mom was the first person I called when I heard I’d be a voice on Star Wars Resistance.

6. When I can’t sleep, I watch Zach Galifianakis interviews and laugh.

7. I once saw Beetlejuice from The Howard Stern Show at a Sopranos audition.

8. I was a lifeguard for many years.

9. I own the actual fish biscuit machine prop from Lost. 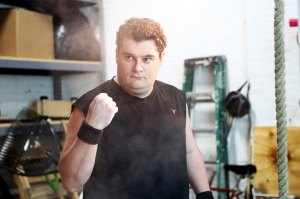 12. I play Louie on DuckTales.

13. I think Detroiters is one of the funniest shows on television.

14. My favorite Muppet is Gonzo.

15. The fact that I’m part of the Star Wars universe blows my mind.

16. I was on Saturday Night Live for nine seasons, 193 episodes. I’m one of the longest-running cast members, and that also blows my mind.

19. I’ve been involved with the Upright Citizens Brigade Theatre [in NYC] since 2001.

20. I performed in an improv group called the Stepfathers there.

21. I graduated from the University of Connecticut with a degree in theater.

23. My first car was a Plymouth Voyager that I bought from my friend’s mom for 300 bucks.

24. My 16-month-old daughter [with wife Brynn O’Malley] is almost stronger than me.