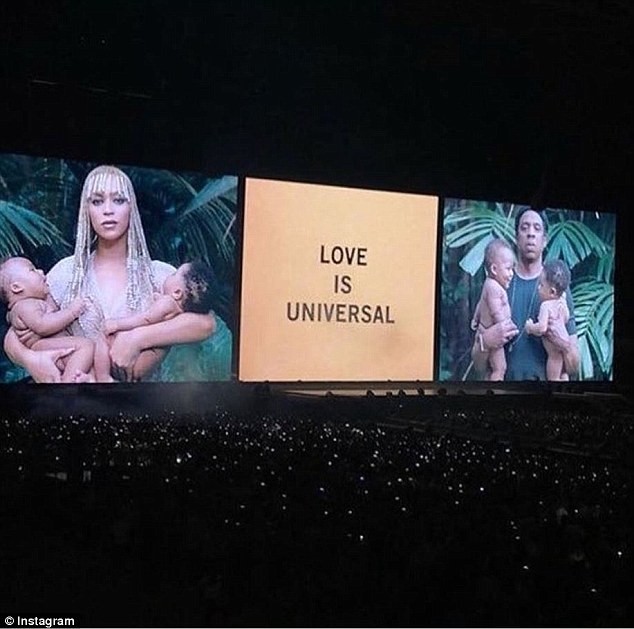 Beyonce and Jay Z sent fans into a frenzy as they shared adorable new photos with their twins Sir Carter and Rumi Carter as they kicked off their 48-date On The Run II Tour in the UK on Wednesday.

The celebrity couple flashed the family photographs on stage at Cardiff’s Principality Stadium in Wales. 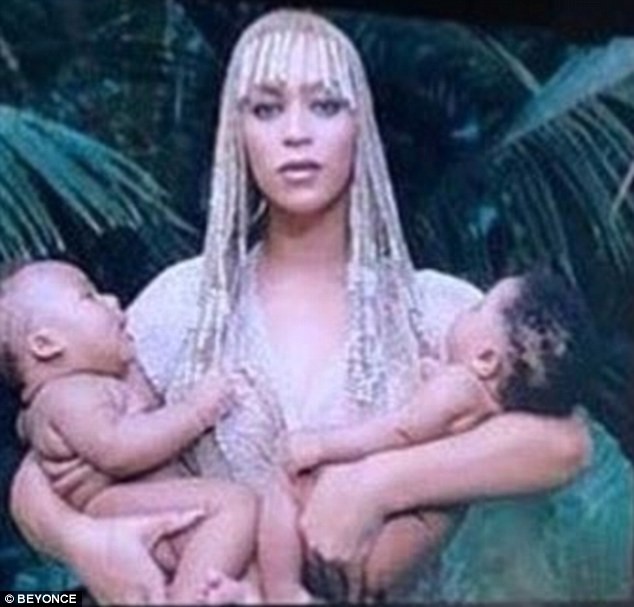 The singer, 36 and rapper 48, were seen cradling their little ones in the photos projected on a large screen with a message that read: ‘Love is universal’. 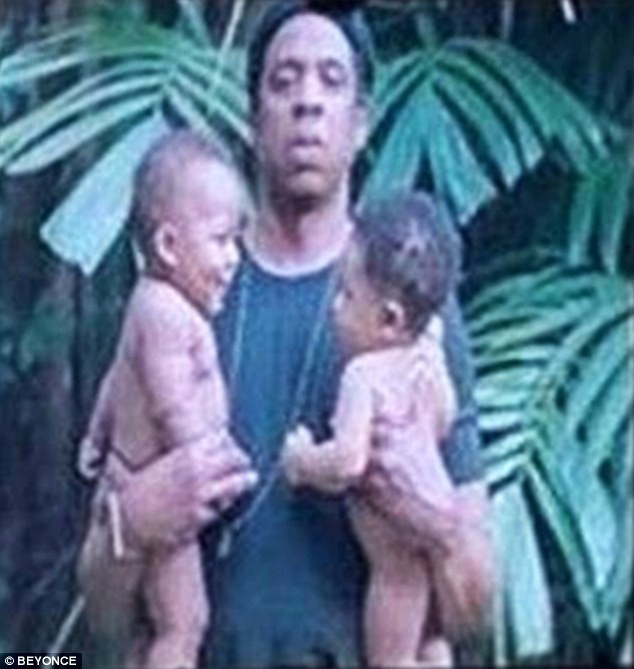 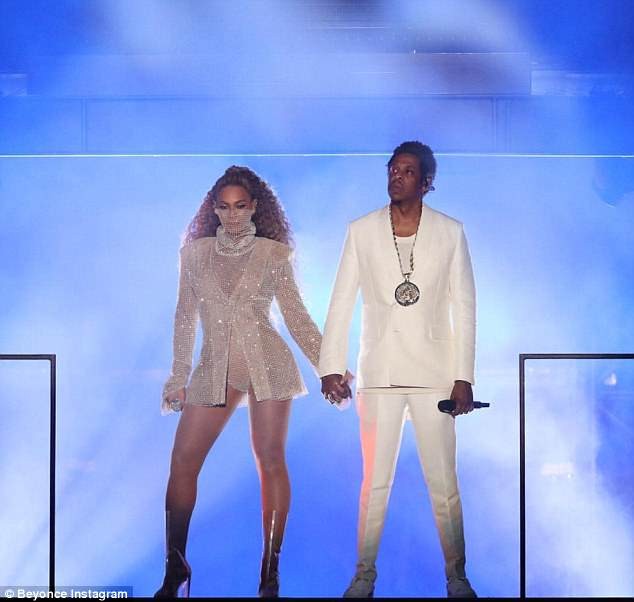