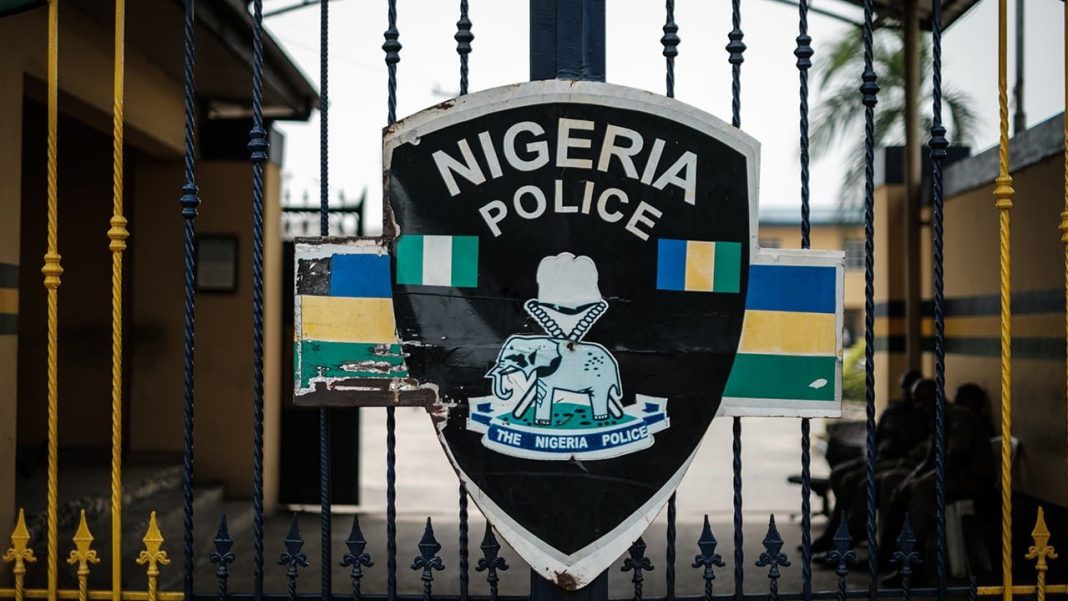 An aspirant for House of Representatives, under the ruling All Progressives Congress (APC), Engr. Sunday Oche has been arrested by the Nigeria Police, for allegedly committing forgery and perjury.

Engr. Oche, who seeks to represent Ado/Okpokwu/Ogbadibo Federal Constituency of Benue State, was arrested in the early hours of Sunday at Double K resort, Otukpo, and was immediately whisked away to Abuja where he was detained at the Force headquarters till night.

that Oche’s arrest was predicated upon a petition submitted at Zone 7 Police Headquarters, Abuja, and addressed to the Assistant Inspector-General (AIG) in charge of the Zone on the 19th April 2022, by one Mr. Michael Unogwu, who was the APC candidate for House of Representatives in the 2019 general elections.

Findings revealed that Engr. Oche allegedly forged the signature of Mr. Unogwu on his private letterhead paper, causing a letter to be transmitted to the Independent National Electoral Commission (INEC) in 2018, as a purported letter of withdrawal from the National Assembly race, shortly after his (Unogwu) emergence as the candidate of the APC.

The petition, which was submitted by Attorneys to Mr. Unogwu, F.S. Jimba & Co, reads in part: “after the submission of the name of our client as its candidate for the election by the APC, Mr. Oche Sunday Oche came up with a criminal design to unlawfully replace our client as APC candidate for the election. In this quest, Mr. Oche Sunday Oche criminally procured INEC form CF 004A(i) being notice of withdrawal of candidate, filled it with our client’s information, unlawfully obtained our client’s passport photograph and affixed to the said form and then forged our client’s signature on the said document.

“In addition to the above, Mr. Oche Sunday Oche placed his passport photograph on the said INEC Form CF 004A(i) as the candidate to replace our client as a candidate.

“Furthermore, Mr. Oche Sunday Oche also forged a letter of withdrawal dated 15th November 2018 and addressed to the National Chairman of APC, purportedly withdrawing our client’s candidature from the General Election. As a result of the above, the name of Mr. Oche Sunday Oche was then forwarded to INEC as the candidate of APC for the election”.

The petitioners annexed the purported letter of withdrawal; INEC Form CF 004A(i) and letter of mandate from the party asking INEC to substitute the name of Mr. Unogwu for that of Engr. Oche.

“After thorough investigation, the party has come to the conclusion that the purported letter of withdrawal was indeed forged, hence nullifying his purported withdrawal”, the letter signed by the APC national Chairman reads in part.

Also sighted by our reporter as an annexure, was a copy of the affidavit deposed to by Engr. Oche, alluding that the information provided in the purported letter of withdrawal and the INEC Form CF 004A(i) were true, thereby committing perjury.

It was also gathered that when the Zone 7 Police headquarters failed to act swiftly by arresting Engr. Oche, the Complainant, Mr. Unogwu, through his lawyers, approached the Court with a Direct Criminal Complaint against the defendant, to seek his immediate prosecution for forgery, perjury, and attempt to use a forged document to commit a crime.

He was, however, released on bail by the police around 8 pm Sunday night.

Meanwhile, a pressure group, National Liberty and Justice Movement reacted to the release of Engr. Oche by the Nigeria Police, describing it as unfortunate.

Comrade Wisdom Adeleye, the national secretary of the group, who spoke in Abuja Sunday night, warned the law enforcement agency against being suppressed by the pressure from politicians in the area.
Also read: EFCC Arrest: Obiano Speaks On Running Away From Nigeria After Handing Over To Soludo

“We are very much aware of this case and we shall join the suit. Our lawyers have been briefed and they shall apply to join the suit as we await the arraignment of Mr. Sunday Oche.

“The same way we monitored the case of Hon. Gololo in Bauchi, we shall be actively involved in this, to ensure justice is served. The Police should not allow pressure from any powerful politician to suppress them. The entire world is watching”, Adeleye said.