Being Osama after 9/11: How a name meaning lion lost its majesty 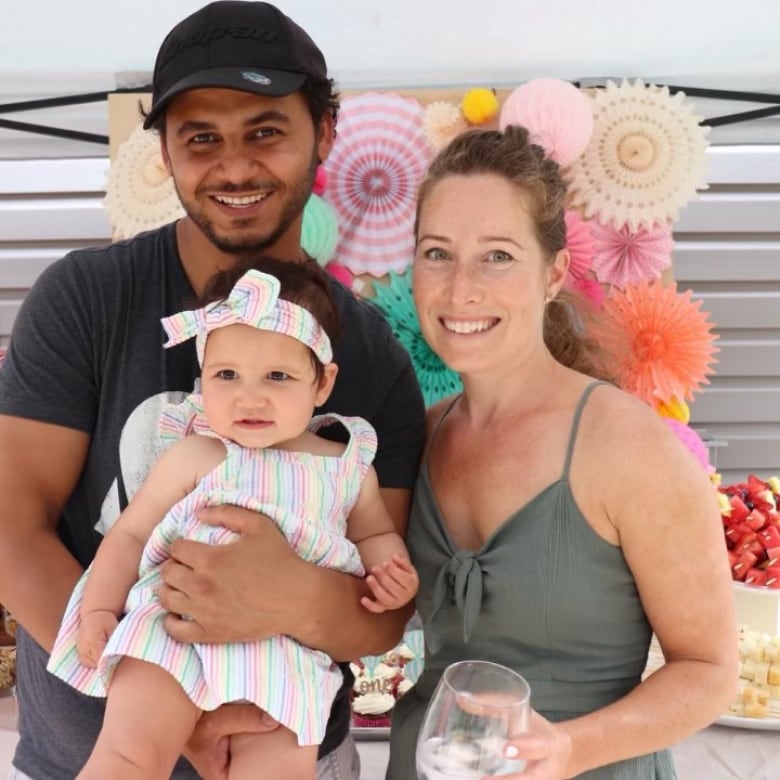 This September marks 20 years since 9/11, a terrible loss of thousands of lives. That day changed the world forever. It also changed the lives of people named Osama, who became wrapped up in a story they played no part in. CBC Ottawa interviewed four men who carry that name to hear what it has meant to them. Here are their stories.

Khudair, whose family migrated to Canada from the Gaza Strip when he was 13, remembers that the images broadcast that day made it feel “like the world was ending.”

With Osama bin Laden’s al-Qaeda believed to be the masterminds behind the attacks, Khudair’s first name quickly became infamous across the world.

You try not to let it affect you, feeling judged. [But] it’s not easy.– Osama Khudair

“That moment changed [everything],” the 36-year-old said. “Everybody knew how to pronounce Osama.”

What he didn’t realize at the time was how long the stigma would last. Decades after the Sept. 11 attacks, Khudair said the name Osama remains tainted by the acts of one man.

The Kanata resident often takes his company car that is registered under its name rather than his personal one, which is under his own name. Khudair said he’s often been singled out by police while driving and suspects it’s because his name.

He acknowledges some people may think he’s paranoid but said, “it’s very, very difficult to describe that to someone who didn’t go through it.”

“To have the name Osama, it’s not easy,” he said. “It’s difficult. It has its challenges.”

“You try — as much as you can — to make it fun for people because people look at you in a different way. They sometimes judge you. You try not to let it affect you, feeling judged. [But] it’s not easy.”

His feelings are complicated by the pride he feels in the name his grandmother gave him. In Arabic, Osama means lion.

While he has introduced himself as “Sam” 20 years later, he now makes a point of using his first name in full.

When the towers fell, Osama AlShafeey said his name put a lot of focus on him at a young age.

Trained as a pharmacist’s assistant, the delivery driver — who arrived in Ottawa from Jordan only two years ago — said even decades later “they only judge you are a Muslim or you are [a] religious person.”

He often goes by Zab or other pseudonyms, calling Osama the “most famous name in the world.”

The jokes customers have told at his expense aren’t exactly subtle, either.

When U.S. President Barack Obama announced the death of bin Laden on television in 2011, it did little to help.

“This doesn’t change anything for the people who have this name because we still have this memory,” he said.

The delivery driver would rather focus on his life goals than on all the comments and jokes.

Still, he’s open to a name change down the road, “because, like, I cannot use this name anymore.”

Osama AlTawil was on his way to class at Carleton University when the news of the Sept. 11 attacks broke.

After a panicked call from his family, he went home early.

“I was afraid that maybe I [would] get attacked.”

Today, the name continues to carry unwanted baggage. He said people sometimes stare when his name is said aloud. Like Khudair, he’d sometimes go by Sam, especially on his resumé, where he believes it has real impact.

“It’s prevented me from getting a decent job,” AlTawil said.

If your name is Osama, you’re not bin Laden.​​​​– Osama AlTawil

Now the 38-year-old runs his own business and doesn’t have to apply for work, meaning he uses his first name far more often. Overall, he’s grown more comfortable with the name, despite the looks sometimes thrown his way.

“We have the same name but that doesn’t mean that we’re the same person,” he said. “If your name is Osama, you’re not bin Laden.”

It’s the name his parents chose for him, said AlTawil. It’s a name with the connotation of courage, and one he’s proud to call himself.

“Whatever people think of it, it’s their problem, not my problem.”

Only 22, Ossama AlBardan has no memories of 9/11 and hasn’t felt discriminated against because of it. While he’s been called “bin Laden,” he said it was only as a joke among school friends.

He’s had a much more positive experience with the name than others.

“It gets people curious to know more about me,” he said.

“I feel like that name is making me special somehow in Canada.”

AlBardan has embraced the “lion” aspect of his name. For his 20th birthday, his family threw a party with a royalty theme. His bedroom holds a sculpture that depict lions, as well as a sign featuring his name painted in Arabic calligraphy.

He has embraced the majesty of the name and hopes others named Osama come to love it the way he has.