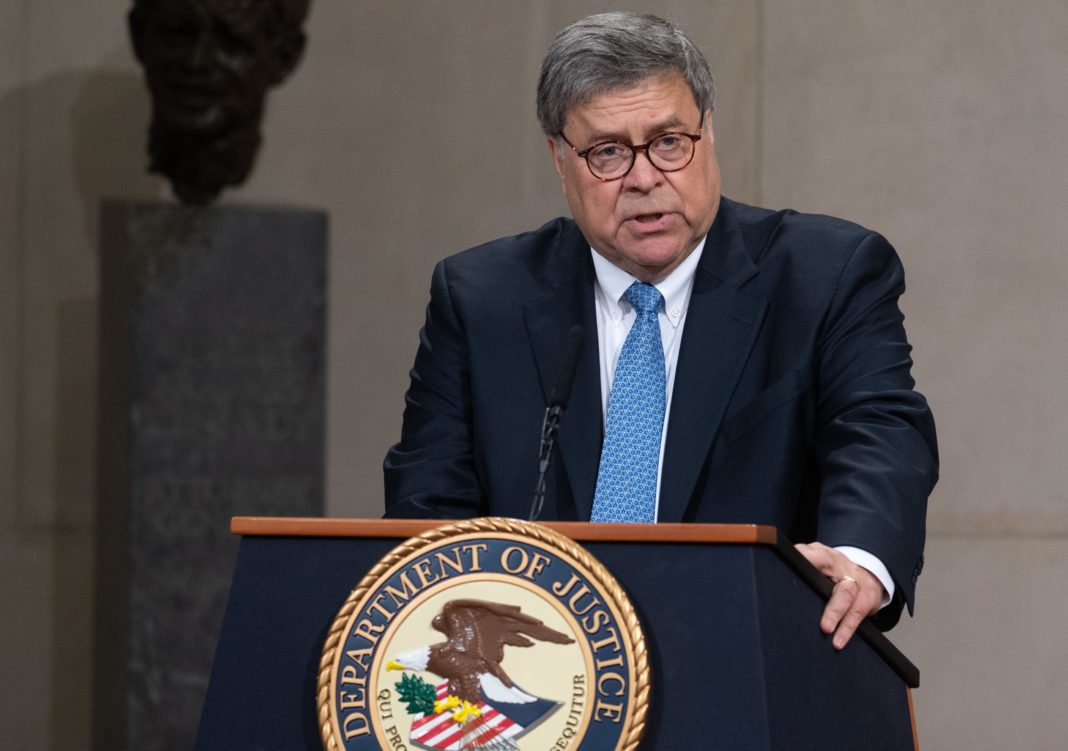 US Attorney General William Barr speaks during the Summit on Combating Anti-Semitism at the Department of Justice in Washington, DC, July 15, 2019.

The federal government will resume executing death-row inmates after nearly two decades without doing so, the Department of Justice announced on Thursday.

Attorney General William Barr directed the Bureau of Prisons to schedule the executions of five inmates convicted of murder and other crimes. The executions have been scheduled for December 2019 and January 2020.

The last federal execution was carried out in 2003. There are 62 individuals on federal death row, according to a tracker maintained by the Death Penalty Information Center.

The Supreme Court outlawed state and federal death penalty laws in the 1972 decision Furman v. Georgia. The decision invalidated the laws then on the books but did not outlaw the death penalty under all circumstances, leading states and the federal government to draft new legislation.

The federal death penalty was reinstated in 1988, and expanded by Congress in 1994. No federal executions took place, however, until 2001, according to the Bureau of Prisons website.

“Congress has expressly authorized the death penalty through legislation adopted by the people’s representatives in both houses of Congress and signed by the President,” Barr said in a statement. “Under Administrations of both parties, the Department of Justice has sought the death penalty against the worst criminals, including these five murderers, each of whom was convicted by a jury of his peers after a full and fair proceeding.”

“The Justice Department upholds the rule of law—and we owe it to the victims and their families to carry forward the sentence imposed by our justice system,” he said.

In a statement, Ruth Friedman, the director of the Federal Capital Habeas Project, said it was a “pervasive myth” that the federal death penalty was applied to only the worst offenders who committed a narrow class of crimes.

the federal death penalty is arbitrary, racially-biased, and rife with poor lawyering and junk science. Problems unique to the federal death penalty include over-federalization of traditionally state crimes and restricted judicial review,” Friedman said. “These and other concerns, including troubling questions about the new execution protocol, are why there must be additional court review before the federal government can proceed with any execution.”

The Justice Department said each of the inmates had “exhausted their appellate and post-conviction remedies, and currently, no legal impediments prevent their executions.” The executions will take place at the U.S. Penitentiary Terre Haute, in Terre Haute, Indiana.

The Justice Department said that additional executions will be scheduled at a later date.