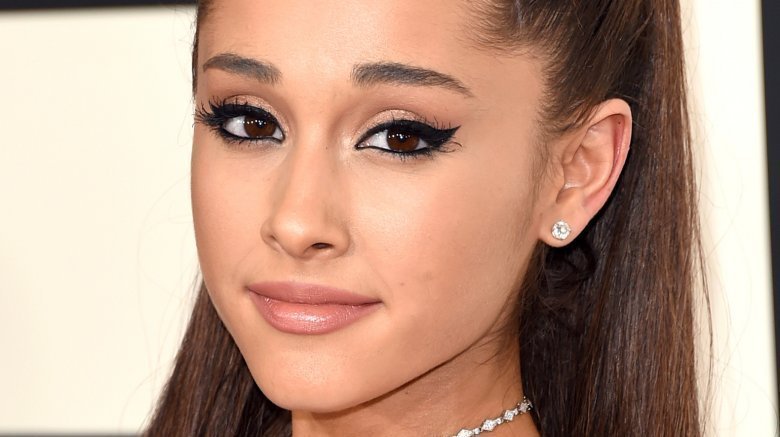 On Sunday, Oct. 21, 2018, the “No Tears Left to Cry” singer took to her Instagram Stories to share a cryptic, yet empowering message with fans just a week after her split from comedian and ex-fiancé Pete Davidson.

“Protect your peace, get rid of toxicity, cleanse your space, cultivate love,” Grande wrote in a text-post to her 131 million followers. According to Page Six, the pop star was also spotted out and about while shopping at Chanel in New York City earlier that day.

As Nicki Swift previously reported, the news that Grande, 25, and Davidson, 24, had called off their engagement first broke last Sunday, Oct. 14. Amid their whirlwind romance, the former couple got engaged in June 2018 after only a few weeks of dating. It is believed that the untimely passing of Grande’s ex, rapper Mac Miller, may have played a role in her decision to call it quits with Davidson. The late rapper tragically died of a suspected overdose in early September 2018.

After lying low for weeks following the loss, the “God is a Woman” singer returned to the spotlight at the taping of A Very Wicked Halloween last Tuesday, Oct. 16. Grande later broke her silence on her very public breakup with Davidson, writing in a since-deleted social media post, “Time to say bye bye again to the internet for jus a lil bit. It’s hard not to bump news n stuff that i’m not tryna to see rn. it’s very sad and we’re all tryin very hard to keep goin. love u. and thank u for bein here always. love.”

For his part, the Saturday Night Live star publicly addressed the matter for the first time while co-hosting Judd & Pete for America with Judd Apatow in West Hollywood, Calif. over the weekend. “Well, as you could tell, I don’t want to be here. There’s a lot going on,” Davidson jokingly told the audience on Saturday, Oct. 20. “Does anybody have any open rooms? Looking for a roommate?”

Meanwhile, it sounds like Grande is gearing up to take her latest album Sweetener, which famously featured a song named after Davidson, on tour. “I’m ready,” she tweeted on Monday, Oct. 22, in response to a fan who’d asked for a tour update. Alongside a heart emoji, the “Break Free” hitmaker added, “My heart needs it actually finalizing a few more things but i’m tryna get em dates to u asap.”