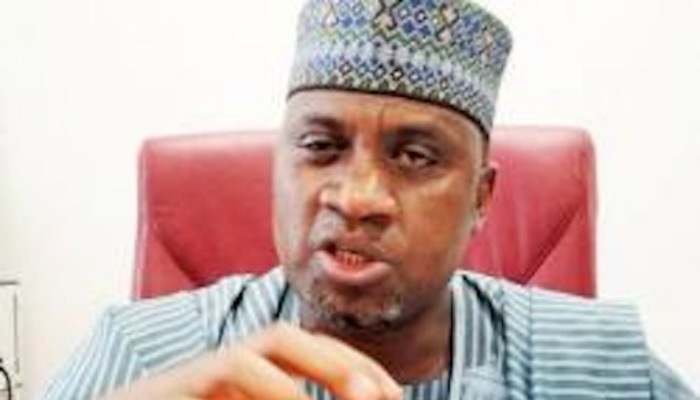 Chairman of the Senate Committee on Petroleum (Downstream), Senator Kabiru Garba Marafa (APC, Zamfara), has reacted to the decision by Independent National Electoral Commission (INEC) on the Appeal Court judgement on the state chapter candidates’ list for the general elections.

INEC had accepted the list submitted by the faction loyal to Governor Abdulaziz Yari.

A statement Marafa signed on Friday said “this is what Allah has decided and destined, we have accepted it”.

He also disclosed that the ruling which INEC obeyed has been appealed.

“We tried our best but Allah knows the wisdom behind this. I have said it, that whatever comes out from the court, we will open our hands and accept it as Allah’s will. What we are fighting is injustice and nothing personal,” he said.

He urged his supporters to remain law abiding, and come out enmasse to vote for president Muhammadu Buhari in tomorrow’s presidential election.

“I’m appealing to my teeming supporters to be law abiding and shun anything that would cause confusion and breach of public peace.

“Please come out massively to vote for President Buhari. And for other elections vote for the candidates that will protect you and your properties in Senatorial and House of Representatives Elections. Vote according to your conscience,” he said.

Senator Marafa, while thanking his teeming supporters for their support said, “we have already filed an appeal at the Sokoto division of the Appeal Court. It will come up soon. We will pursue it to its logical conclusion.

“I sincerely thank all the good people within and outside the state that supported us in standing up to the tyrannical tendencies of Gov Yari and his backers.”