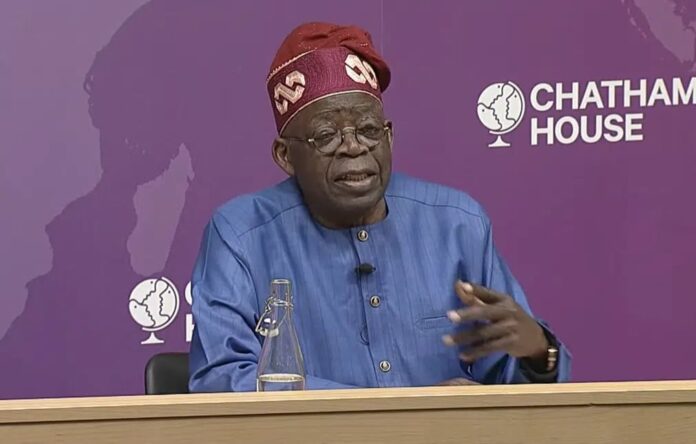 The All Progressives Congress (APC) has described the recent engagement of the Presidential candidate of the party, Asiwaju Bola Tinubu, at the Chatham House in London as a good preview of what Nigerians should expect from his presidency come 2023.

The spokesperson of APC North-West Presidential Campaign Council, Muhammad Molash in a statement issued on Thursday said it was indeed an opportunity for Tinubu to showcase his leadership skills to the international community, his vision for Nigeria, his enviable track records, and his ability to identify talents and delegate responsibilities to them.

The party insisted that the outing also showed that he was the most prepared presidential candidate in Nigeria.

Molash stressed that the secret behind Tinubu’s success could be found in his ability to assemble a good team and assign each of them a task that must be accomplished.

He said Chatham House had been a source of independent analysis, trusted dialogue, and influential ideas for over 100 years, and therefore, it was the right place for Tinubu to demonstrate his teamwork acumen, both in politics and governance.

“We also noted the cognitive capacity and knowledge of issues affecting our beloved country, displayed by Asiwaju Bola Ahmed Tinubu in his presentation at the session. He is obviously the most prepared presidential candidate in Nigeria.”

Molash was of the response that the Speaker of the House of Representatives, Hon. Femi Gbajamiamila on policy was impressive while adding that the dissection of security issues by Kaduna State governor, Nasir el-Rufai was equally superlative.