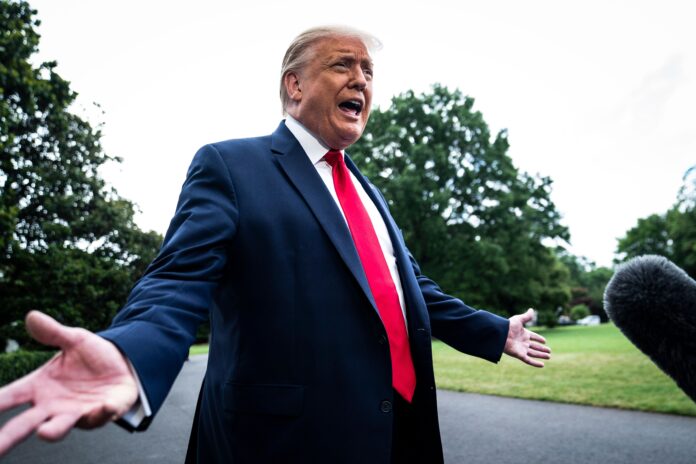 Donald Trump relied on evangelical voters to win the White House in 2016, and they were a key part of his bloc during his losing effort in 2020.

Now, Trump is turning on some leaders in the movement for not being loyal enough after some have spoken out against his 2024 presidential campaign.

“I thought they could’ve fought much harder during the election, the ’22 election,” he said, blaming them for the GOP’s lackluster results in the midterm elections.

Many analysts, however, believe the Republican Party underperformed because Trump backed unelectable candidates in key states including Herschel Walker for senator in Georgia; Blake Masters for senator and Kari Lake for governor in Arizona; and Doug Mastriano for governor and Mehmet Oz for senator in Pennsylvania.

But Trump pointed to evangelicals.

“A lot of them didn’t fight or weren’t really around to fight,” Trump said of the evangelicals.

Trump’s November announcement of his 2024 campaign was met with crickets in some right-wing circles, including from some of the evangelicals who had supported him in the past.

“There’s a lot of people who share a lot of our similar thoughts but don’t want to go on record,” evangelical activist Bob Vander Plaats, a 2016 Trump supporter, told Vanity Fair last month. “You can see that it’s almost a silent majority right now.”

“We had to close our mouths and eyes when he said things that horrified us,” Evans told the newspaper. “I cannot do that anymore.”

Washington Times columnist Everett Piper, another evangelical who had previously endorsed Trump, was even blunter.