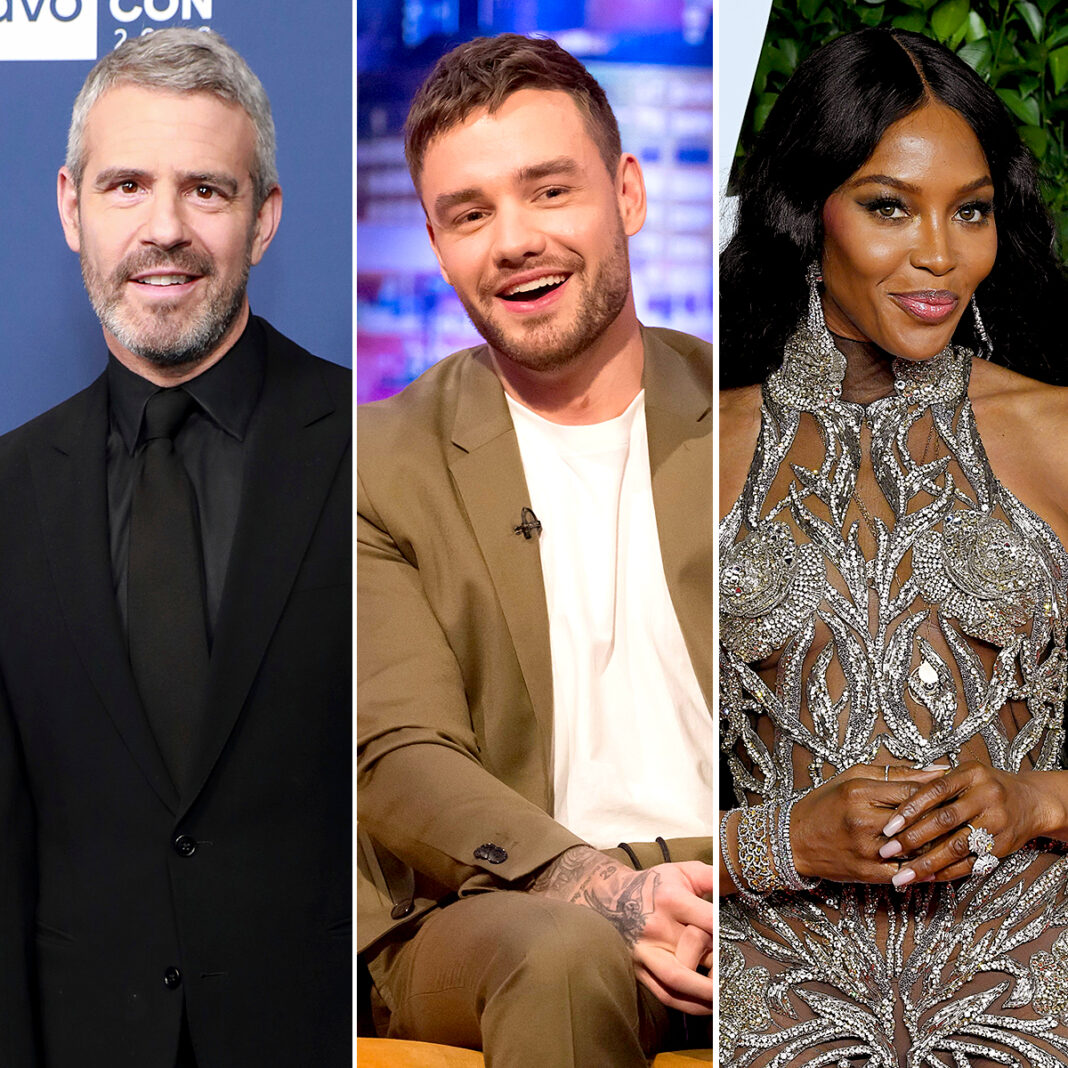 His lips are sealed! Liam Payne stayed mum about rumors that he once dated Naomi Campbell on Watch What Happens Live With Andy Cohen on Thursday, December 19.

Andy Cohen asked the “Live Forever” singer, 26, about the speculation during a no-holds-barred round of “Plead the Fifth,” pointing out that the pair “were spotted at the O2 together in January” and left “sexy comments on each other’s Instagram pages.”

“Plead the fifth,” Payne quickly responded before smiling and stroking his chin with his hand. Fellow WWHL guest Lea Michele, however, took his response as verification, shouting, “He confirmed it!”

The X Factor UK alum then reiterated, “I pled the fifth. It’s my rights as a human!”

Since Payne pleaded the fifth on the first question of the game, he had no choice but to honestly answer the next two. When Cohen, 51, asked him which member of One Direction is the “most well-endowed,” Payne replied, “I’ll have to say myself. Well, I’m gonna say me. That’s almost like pleading the fifth.”

For the final question, the Bravo host wondered how the entertainer’s recent reunion with his former 1D bandmate Harry Styles went at Capital FM’s 2019 Jungle Bell Ball in London.

“We spoke about a number of things. We hadn’t seen each other for three years — literally, I hadn’t seen him once, and we hadn’t spoken or anything,” Payne said. “It was good to see him. He was pretty much the same boy that I left, and we spoke about the kids, happiness and all sorts of stuff.”

Breaking Down One Direction’s Solo Careers by the Numbers

The Hugo Boss underwear model and Campbell, 49, sparked romance rumors in January after exchanging flirty comments via Instagram. He praised her for being “perfection in a person,” while she called him a “beautiful soul.”

Later that month, the duo attended a Davido concert together at London’s O2 Arena. Payne was then seen standing outside the supermodel’s apartment in February.

A source confirmed to Us Weekly in April that the “Strip That Down” crooner and Campbell ended their fling. He later hooked up with a mystery blonde at the Coachella Valley Music and Arts Festival in California. Payne, who shares 2-year-old son Bear with ex Cheryl Cole, is now dating model Maya Henry.