At least 257 people were killed on Wednesday when a military plane crashed near the Algerian capital, Algiers, state media reported.

The plane crashed shortly after taking off from the Boufarik air base, between Algiers and the city of Blida. Ten of those killed were the plane crew, according to state-run Radio Algérie. It was not immediately clear whether there were any survivors.
Wednesday’s plane crash was the deadliest since 2014, when 298 people were killed when a Malaysian airlines jet was shot down over Ukraine.
The plane was supposed to go from Boufarik to Tindouf, and then on to Bashar, which are both towns on the Algerian-Morocco border, the Defense Ministry said in a statement. 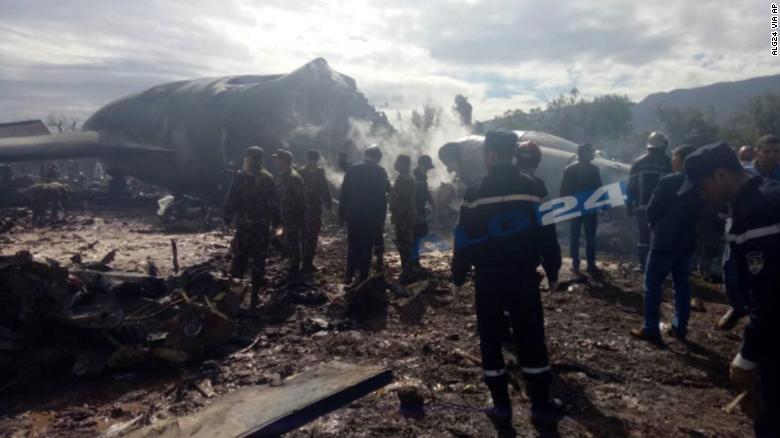 Firefighters and soldiers at the scene of the crash.
Algerian TV station Ennahar reported the plane was a Soviet-era Ilyushin, and showed images of smoke rising from the aircraft’s fuselage, tilted to one side. Part of the aircraft detached from the plane’s body was seen sticking out above olive trees.
Images also showed dozens of bodies in numbered bags lined up on the ground, as paramedics and firefighters worked at the crash site, while cranes began moving some of the debris.
One man told Ennahar he was at home when he heard an explosion, and drove with a neighbor to the site, where they tried to put out the fire and reach victims.
“We saw bodies … it was a catastrophe,” he said.
“We were afraid the plane would explode. We covered some bodies and put out some fires.” 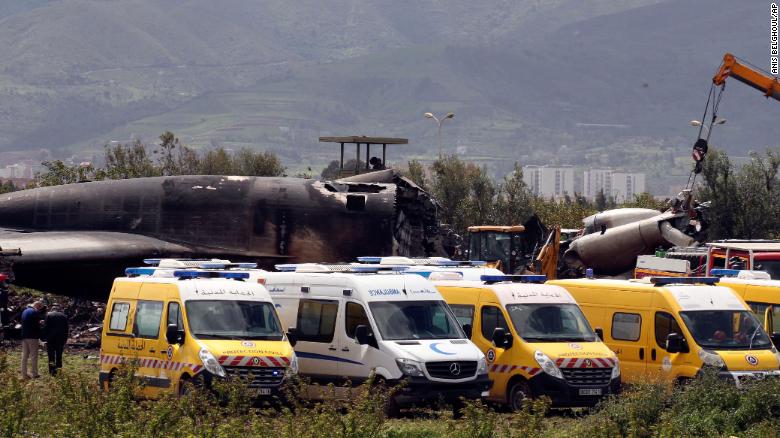