Ainsley Earhardt of Fox and Friends splits from husband 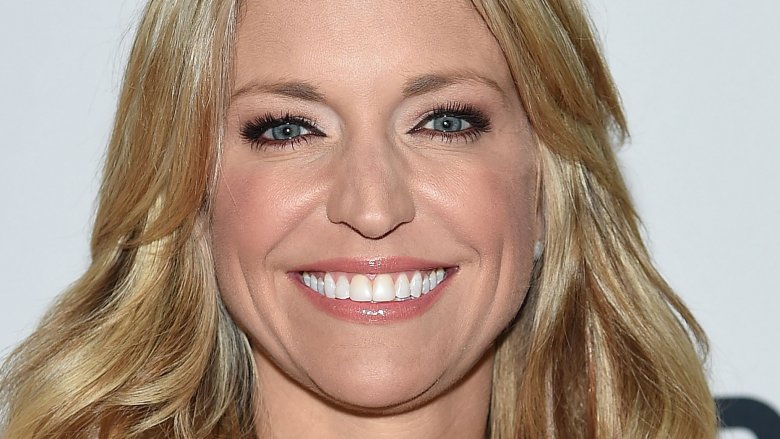 Earhardt’s husband, former football player and current investment advisor William Proctor, filed for divorce from his wife of six years at Manhattan Supreme Court on Wednesday, Oct. 10, 2018, as reported by the New York Post (via Page Six). “I am devastated about this situation and did not envision this for the future of our family,” he told the paper.

According to Page Six, Proctor’s filing with the New York City courthouse indicates that he expects to fight with Earhardt over their finances as well as the custody of their 2-year-old daughter, Hayden.

“This morning I filed an action for divorce,” he said (via the New York Daily News). “This is a very personal matter, and for the sake of our young daughter, I ask that the media respect the privacy of our family.”

The Blast notes that New York divorce filings are “sealed.”

Just one day earlier, Earhardt had announced that she and Proctor had broken up. “After much prayer and careful consideration, Will and I have separated,” she revealed in a statement obtained by the Daily Mail on Tuesday, Oct. 9. “I am grateful to Fox for their support and allowing me to spend all day, everyday after the morning show with my child.”

She added that she is “fully committed” to acting in the best interests of her daughter and would “appreciate privacy and prayers during this time.”

While Earhardt didn’t elaborate on just why she and her husband had ultimately decided to call it quits, sources told the Daily Mail that Proctor had been unfaithful in their marriage and, despite them trying to work on their relationship for years, they made the choice to split. “It was all the more devastating for Ainsley that he cheated with someone who she considered one of her closest friends,” an insider shared. “‘Any marriage break-up is difficult but this made it extra heartwrenching for her.”

That source also noted that Earhardt has “evidence that proves the affair.”

However, Proctor has since denied the rumors of him having cheated on Earhardt. “There is not one ounce of truth to the allegations that I had an affair,” he told The Post. Sharing that he was “disappointed that this private matter has become public,” he said that he would continue trying to be the “best Dad” he could be to daughter Hayden. He also added that he will still try to remain friendly with Earhardt, “even though she has decided to move on.”

An insider told Page Six that Earhardt has no interest in getting back together with Proctor. The source added, “Her social life now revolves about her colleagues at Fox News.”

As noted by the Daily Mail, Ainsley Earhardt and William Proctor first got together in 2012, after being set up on a blind date in Florida. They wed later that same year. On Nov. 6, 2015, Earhardt announced that she’d given birth to a daughter. Sharing photos with her newborn on Twitter, she wrote to her followers, “We are absolutely thrilled to welcome our new baby girl, Hayden, into this world. My husband and I are overjoyed!!”

Earhardt, who is open about her strong Christian faith, later told Fox News Insider, “Jesus and my daughter, Hayden, are the best gifts God has ever given me,” noting, “My faith is something I rely on heavily.”

The Through Your Eyes: My Child’s Gift to Me author went on, “God blessed me with His son and then He blessed me with my very own daughter to love. It’s been a wonderful life.”

William Proctor is Ainsley Earhardt’s second husband. She was previously married to her college sweetheart, Kevin McKinney, from 2005 to 2009, according to People magazine.

Of course, Earhardt is not the first celebrity figure to end her marriage in recent months. Country music star Zac Brown and his wife of 12 years, Shelly Brown, announced that they had broken up in early October. “We feel blessed to be on such an incredible journey in life and sometimes the journey begins to lead in different directions,” Zac and Shelly, who share five children, said in a joint statement at the time. “It is with deep love and respect that we announce we are separating as a couple.”