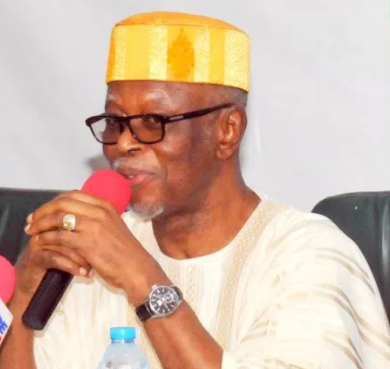 The Peoples Democratic Party (PDP) on Monday told the National Chairman of the All Progressives Congress (APC), Chief John Odigie-Oyegun, to address issues and stop his resort to excuses and shifting of blames over the failures and inherent confusion in the APC-led Federal Government.

The PDP slammed Oyegun for attempting to exonerate the APC of blames over the embarrassing list of board members of federal parastatatals which contained names of deceased persons, adding that his excuses has further confirmed PDP’s position that APC and its Federal government are completely disorganized and ill-equipped to govern.

PDP National Publicity Secretary, Kola Ologbondiyan, in a statement on Monday said Chief Oyegun’s case is that of a leader who has no answer for the incompetence and misrule of his party.

PDP noted that Oyegun’s reaction further exposed the confusion in the APC Government and the reason all sectors of the nation’s economy are in shambles under the APC government.

“Is it not ridiculous, cowardly and a clear show of disorganization in the government for the APC National Chairman to try to exonerate his party from the failures and incompetence of a government which the party formed?

“Chief Oyegun’s comments amount to a vote of no confidence on the Presidency, but there is no way he can exonerate the APC, which he leads, from the failures of its own government.

“The APC Chairman must therefore shed his penchant for excuses and address burning issues of misrule of the APC Government.

“We challenge the APC National Chairman to address the issue of collapsing economy with its attendant 8 million job losses and countless business closures which has caused hardship on families across the country, all due to bad policies and incompetence of the APC Government.

“Nigerians are still waiting for the APC National Chairman to address the issue of the biting fuel crisis also caused by the inept APC government.

“What has Chief Oyegun to say about the now exposed corruption in the APC-led Federal Government, including sharp practices in hidden oil subsidy payouts, illegal lifting of crude worth trillions of naira to service APC interests and the unabated depletion of Nigerians foreign financial instruments by his party’s government?

“Nigerians are still waiting for the APC National Chairman to address the issue of aloofness and insensitivity of the APC Federal Government to the incessant killings of Nigerians in many parts of country by marauders, in addition to exposed diversion of funds meant for the insurgency related matters by APC interests.

“The nation is also waiting for the APC national chairman to come up with explanations on the failure of his government to fulfill its campaign promises and why the fight against corruption has been lopsided with APC members who were publicly indicted of corruption now openly enjoying government cover.

“Instead of facing these issues agitating the minds of Nigerians, the APC National Chairman is busy passing the buck while also attempting, just like the Presidency, to claim credit for projects initiated and executed by the PDP.

“Our advice to the APC therefore is that they should spare Nigerians their excuses. They should also spare us their lies and fake promises as the citizens will never allow themselves to be deceived again as was the case in 2015”.

Osinbajo to inaugurate projects in Kwara