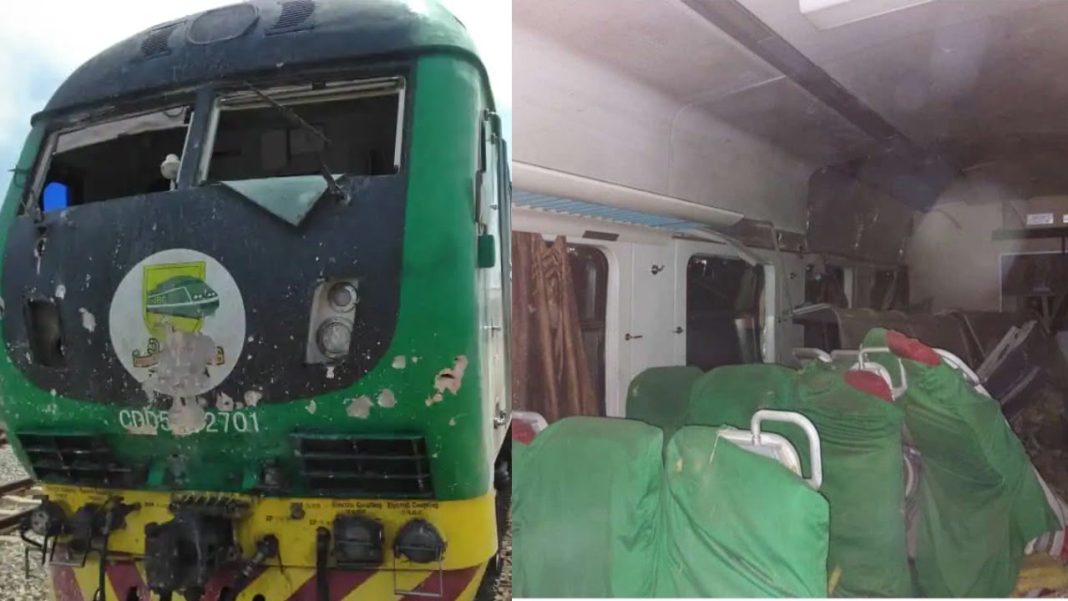 The intermediary between the Federal Government and the terrorists who attacked the Abuja-Kaduna train, Tukur Mamu, has affirmed that the 62 abducted passengers will be released soon if both parties keep to the current negotiations reached between them.

recalls how bandits had attacked Kaduna-Abuja train passengers, killing nine and wounding others, while over 62 others were kidnapped.

The bandits had indicated they would release the passengers after negotiating with the government, insisting that they do not want a monetary ransom.

However, since their abduction, several videos of the victims had emerged online, pleading with the government to heed the demand of their captors, just as some victims had complained of being sick and needing medical attention.

Speaking in an interview in Kaduna with journalists, Mamu, who is also the spokesman for Sheikh Ahmad Abubakar Gumi, said apart from releasing the terrorists’ eight children in detention, part of the negotiation with the group is that the government should consider releasing their commanders and some of their leaders.

Also read: Zoinks! ‘Scooby-Doo’ Cast: Where Are They Now?

Mamu said: “They want a situation where all these people mentioned will be exchanged with the train passengers on the basis of prisoners of war.”

Mamu, who has been acting as a link between the terrorists and the government, expressed hope that the train passengers may soon be released if the Federal Government accepts the demands of the abductors.

He said negotiations between government agents and the terrorists had started prior to his involvement, just as he added that he had been able to secure the assurances and confidence of the terrorists, which he said would lead to the release of the victims.

“I think it is important for the public to understand that there was an initial discussion with agents of government that they [government] should release their children as a precondition for any engagement that will lead to the release of the train victims with them.

“When I came in and they asked me to convey their message to the government, and when they mentioned the same demand, I insisted that before I could be involved in this, I must go with something concrete to government.

“It must be a good bargain for both sides. In a situation where we release your eight children, and in return, you are not releasing anybody, I will not be part of that.

“Except you are saying that it will be a start in which the women and other people will be released. I told them that it would be a bad bargain, and even if I were to be in government, I would not accept it as it has to be reciprocal.

“So after a long discussion with them, I have them on record; there was a headway.

“They now accepted that if they would have assurances, first, that their kids are alive and that they can be released, they will consider something in return.

“So, I went out of my way, first to locate the whereabouts of those children; if they are alive, and which I am happy to inform Nigerians that they are alive.

“We located their whereabouts and they are alive. And I have shown them practically, with the proof of lives. Their videos and pictures (all the eight children of the terrorists). So, the evidence that we sent them happened to be the joker.

“My take is that if the government releases the teenage children to secure the abducted train passengers, it is an excellent bargain for the families of the victims and the government. And we now come to the conclusion that they will release the women and children who are in their custody.

“Thereafter, if it goes successfully, we will now negotiate on prisoners’ exchange, that is, the release of other victims because they said they have their comrades who are in detention.

“I think with the evidence we have at our disposal, the terrorists are cooperating with us, and the security agents should be fair with them to see to the transition and peaceful end to this difficult situation.

“Some people are even saying that if the teenage children are released to the terrorists, they would be recruited into the terror group, but then, even if you don’t release them, how many children are being recruited on a daily basis in the North into terrorism.

“The number of out-of-school children in the region is staggering; they are vulnerable people being recruited into terrorism daily.”