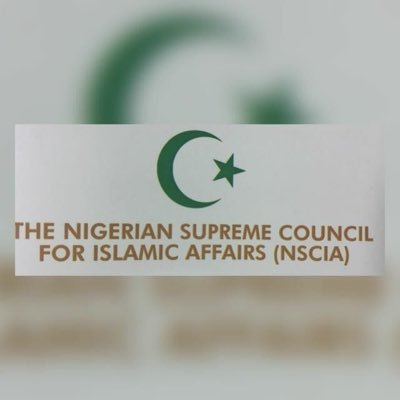 The Nigerian Supreme Council for Islamic Affairs, NSCIA, has faulted the demand by the Christian Association of Nigeria, CAN, for Christian Deputy Senate President and Speaker of the House of Representatives in the 9th National Assembly.

NSCIA described the demand by CAN as “indecorous, ill-advised, ill-motivated” which was “only aimed at polarising the country.”

In a statement by its Deputy Secretary-General, Salisu Shehu, the Muslim group doubted the sincerity of CAN’s demand.

CAN’s National President, Samson Ayokunle had written to the National Assembly, demanding the position of Senate president or speaker of the House of Representatives for Christians.

Ayokunle’s demand was contained in a letter signed by his Special Assistant, Pastor Adebayo Oladeji.

The CAN’s President, in the letter had urged the newly elected members of the 9th National Assembly, to “avoid domination and marginalisation of any kind in the interest of equity, justice, and fair play in the election and appointment of principal officers including Senate President, Speaker and their deputies.”

“As it has been the practice since 1999, whenever the Senate President is a Christian, the Speaker of the House has always been a Muslim and vice- versa. And the same thing happens to their deputies,” the letter reads partly.

However, NSCIA suggested that the religious body, following its recent interventions in Nigeria’s political affairs should become a political party.

NSCIA’s statement reads: “Given the trajectory of the recent activities of the Christian Association of Nigeria (CAN), the Nigerian Supreme Council for Islamic Affairs (NSCIA), like other informed groups and people in Nigeria, cannot but wonder whether CAN still remains a religious body or a political party in a religious garb.

“The Council is persuaded to believe the latter because of the Association’s posture as the counterfoil for and opposition to everything Islam and Muslims in this country.

“We cannot also but wonder whether Islamophobia has indeed not replaced the more important responsibility of giving direction to millions of our compatriots who are law-abiding citizens of the Christian faith. It is really benumbing that CAN appears to be giving credence and relevance to the rhetorical question asked centuries ago: “if gold rust, what should iron do?

“It is hypocritical for CAN and its alter egos to claim to be on the side of justice by forming the ‘National Peace Committee’ which is not surprisingly dominated by Christian clergymen. The pretence of the ‘Peace Committee’ had been exposed by the various comments/actions of their prominent members.

“For instance, a member, prior to the last election, took a partisan posture masquerading as a good doer and incited the people of Southern Kaduna against the government while another member, despite his level of education, could not avail himself of historical facts but rather chose to spit the dummy that “the low turnout at the gubernatorial election was a loud protest against the outcome of the 2019 presidential polls.”

“All these are not surprising as it is on record that CAN itself had maliciously referred to President Muhammadu Buhari as a ‘bad product.’

“The NSCIA is also well-informed of the surreptitious pressure CAN is mounting on Christian judges serving in the various election petition tribunals across the country, under a pseudo-Christian organization, to ensure the victory of Christians and/or their sympathizers.”

This is coming shortly after the Muslim Rights Concern, MURIC, berated CAN for demanding for the position of the Deputy Senate President in the 9th Senate.