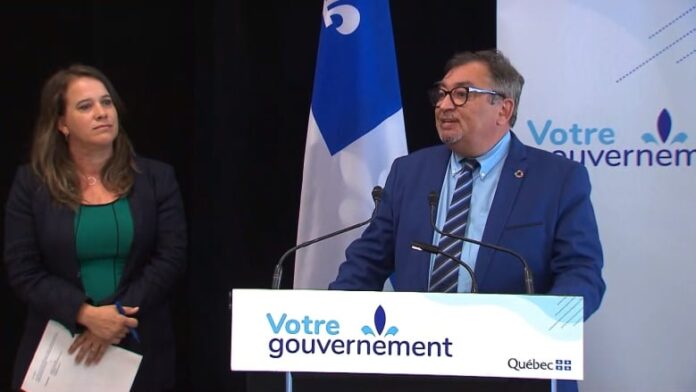 A Quebec resident has been diagnosed with Canada’s first case of a severe vaping-related breathing illness, federal officials have confirmed.

“In this case, it does meet the criteria, and yes it is considered the first vaping-related illness [in Canada] related to what’s happening in the states,” said Maryse Durette, senior media relations adviser for Health Canada and the Public Health Agency of Canada.

The 50-something person lives in Montreal, and was recently admitted to hospital with breathing problems.

The person had been vaping a few months as a way to quit smoking, said Dr. Mylène Drouin, director of public health for the Montreal region.

Drouin said the product the person was using is legally sold in Canada and contained only nicotine, but would not give any other details.

Last week, officials in Ontario reported a teenager was put on life-support after using a vaping device. However, that case has not yet been confirmed under the federal definition.

Drouin said people who switched to vaping to cut down on smoking cigarettes should not go back to cigarettes. But she also raised concerns about the risks of vaping.

“The message to the population, and to clinicians, is that there are other products, smoking cessation programs, and products that are already approved and safe … and those products should be the first choice for those who want to quit smoking,” Drouin said.

According to the U.S. Centers for Disease Control and Prevention, reported symptoms of the illness include:

Anyone who has used an e-cigarette or vaping products, and has experienced these symptoms is advised to consult a health-care professional.

‘Vaping is not without risk’

Two weeks ago, Quebec’s Health Ministry issued a warning about the risks of developing a pulmonary illness as a result of vaping.

Dr. Horacio Arruda, provincial director of public health, said what they know is there is a link between the illness and people who vape.

But because there are different models of e-cigarettes, and different vaping products, it is unclear whether the issue is with a specific company or product.

They stress that anyone who doesn’t already smoke or who has never used an e-cigarette shouldn’t start now.

“Vaping is not without risk, and its long-term effects aren’t yet known,” Arruda said.

A group of Canadian health organizations recently called on the federal parties to regulate the e-cigarette and vaping industry.