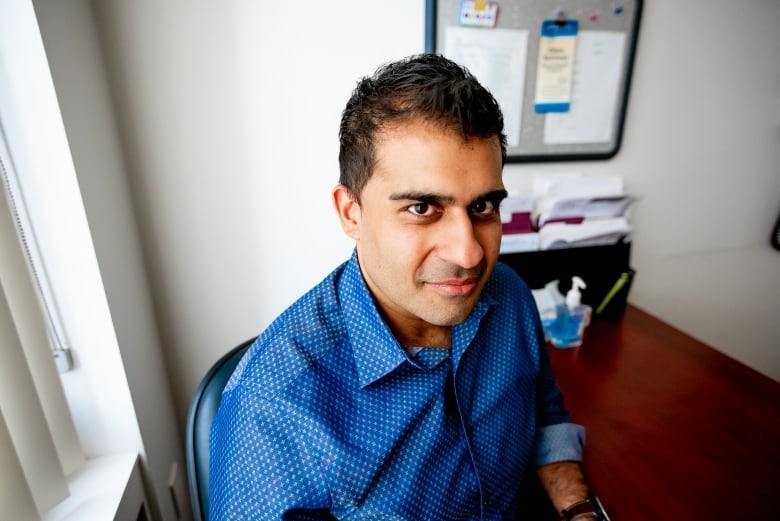 Monday marks one year since the first case of the virus that causes COVID-19 was confirmed in Canada, in a patient who came to Toronto’s Sunnybrook Hospital after returning from Wuhan, China.

While many of the lessons learned from the early days of the novel coronavirus are being applied in the pandemic’s second wave, concerns remain about inadequate protections in long-term care and the disproportionate impact of the virus on people of colour.

Among both long-term care residents and the general public, more people have now died of COVID-19 in Ontario during the second wave than in the six months after the global pandemic was declared in March.

“These are all preventable deaths,” said Dr. Nitin Mohan, an assistant professor at Western University in London, Ont., and a physician epidemiologist with the public health consulting firm ETIO.

“The fact that we’re this far along in the pandemic and we’re still seeing the outbreaks and deaths in long-term care homes, it’s almost embarrassing that this is happening,” Mohan said in an interview.

“What’s more tragic is how it’s unfolding in the second wave, because there certainly could have been steps taken between wave one and wave two to significantly protect the most vulnerable population among us,” said Bogoch in an interview.

“What we’re seeing in the long-term care facilities just demonstrates, unfortunately, years and years of neglect,” he said. “It was awful to watch this unfold, but sadly, it was predictable.”

In the first two months of 2020, predictions varied about how Canada would be affected by the novel coronavirus first identified in China.

Public health officials and political leaders seemed to tilt more toward calming fears about COVID-19 than sounding the alarm.

There were repeated assurances that the risk in Ontario was low, that the general public should refrain from wearing masks. Well into March, officials were saying that no evidence could be found of community spread.

“Those uncertainties in the early part of the pandemic were real because we just didn’t know,” said Bogoch.

Although he acknowledged that public health messaging adapted over time, Bogoch said it didn’t do so as fast as they would have liked.

The system was slow to acknowledge that the virus was not just being imported by travellers returning from a handful of distant countries, said Dr. Zain Chagla, an infectious diseases physician in Hamilton and an associate professor of medicine at McMaster University.

“I think the pivot from this being a travel disease to this being an endemic disease was done relatively late,” Chagla told CBC in an interview.

“There’s something to be said about understanding the evidence has changed and recognizing it quickly and making those changes quickly.”

Chagla said a crucial point came in late February when community transmission was identified in the U.S. and doctors in Canada were seeing people returning from the U.S. with COVID-19.

“There was no hope that this was not going to (spread in) Canada at that point,” he said. “I think probably that was the turning point to say, ‘OK, there is a risk here to us. We need to start invoking public health measures.’ ”

Ontario declared its state of emergency on March 17, and the federal government halted non-essential travel across the land border with the U.S. on March 20.

“We were dealing with something that was relatively new and unknown, getting data and making decisions in real time,” he said.

When experts look back to the early months of 2020, there’s a general consensus that Ontario’s hospital sector mobilized quickly to face COVID-19, readying for a potential surge of patients even as supplies of personal protective equipment were tight.

However there’s also strong agreement that Ontario’s limited capacity to test for the coronavirus hampered the ability to track its spread.

Until May, Ontarians couldn’t get a test for COVID-19 unless they met a strict range of criteria that excluded much of the general public.

Given the death rates in the first wave, scientists believe the actual number of infections in the spring was far higher than the officially reported case counts.

“There were some clear limitations in our testing capacities that are a result of poor funding models of public health,” said Mohan.

“In a once in a generation pandemic, when we need to act quickly and decisively, it’s hard to do that when you’re sort of building a plane in the sky.”

The ability of the SARS-CoV-2 virus to be transmitted by people before they showed any symptoms also confounded the experts.

Early on, officials put a big emphasis on screening people for symptoms such as fever and cough. Although that helped identify a significant proportion of cases, it sent an inaccurate message that people couldn’t spread the virus before showing symptoms.

“Had we known clearly that there was pre-symptomatic transmission, I think the way we would have handled things would have been much different,” said Chagla.

He said quarantines would have been imposed on travellers sooner and the way public health officials traced cases would have changed significantly.

Chagla, Bogoch and Mohan all say too little was done to protect people in racialized and low-income communities.

Even this deep into the pandemic, people of Black and South Asian descent are over-represented among the COVID-19 caseload.

The one-year anniversary of the virus in Canada comes amid signs that the second wave is starting to recede, albeit with warnings that new case numbers will only continue to drop if public health restrictions stay in place.

There are also fears that highly contagious variants of the coronavirus could either prolong the second wave or drive an even more widespread third wave before the bulk of the population gets vaccinated.

Thousands of new infections are still being reported every day across the country, and the average daily number of deaths is not expected to decrease for weeks.

About 200,000 Canadians have contracted COVID-19 in the past month alone. The case fatality rates among different age demographics suggest that hundreds of those will die.

“It’s hard for me to reconcile with the mistakes being made in the second wave,” said Mohan.

“We can’t get back these lives lost.”