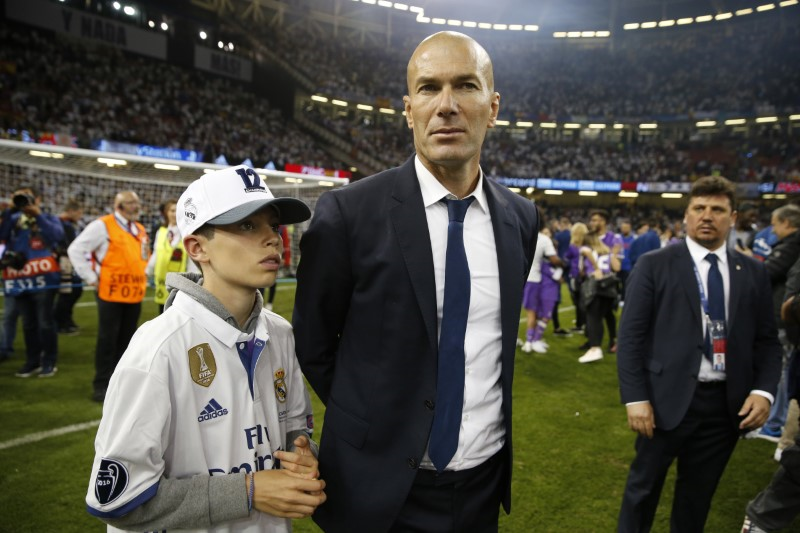 Zinedine Zidane can stay at Real Madrid for life, club President Florentino Perez said  after the Frenchman became the first manager to win the Champions League two years in a row with a dominant 4-1 win over Juventus in Cardiff on Saturday, Reuters reports.

Real produced a ruthless second-half display after an evenly matched first 45 minutes. They put more goals past Juventus in 90 minutes than the Italian champions had conceded in their previous 12 Champions League games.

The impressive win crowned a remarkable first full season in charge for former Real midfielder Zidane, who led the team to a first La Liga title in five years, delivering the club’s first European Cup and league double since 1958.

“Zidane can stay at Real Madrid for the rest of his life,” Perez told radio station Cadena Ser.

“Every Real Madrid fan is so grateful to him, he lifted our level of talent when he arrived in 2001 and was the best player in the world.

“Now he is the best coach in the world. He has been our coach for 17 months but he has done everything possible.”

It was Zidane’s stunning volley against Bayer Leverkusen that won Real the 2002 title in Glasgow, while last year, five months after replacing Rafael Benitez as coach, he breathed new life into a demotivated team and took them to the Champions League trophy.

“I can’t say whether I’ll stay for the rest of my life but I’m so grateful for the club for everything it has given me,” Zidane told a news conference.