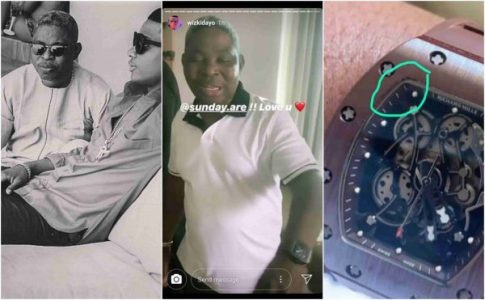 It was reported that Wizkid bought a Richard Millie Watch for his manager, Sunday Are at a sum of N50 Million price tag, but reports on social media are claiming that the watch is fake.

According to a man on Twitter, the gift Richard Millie Watch gift to Sunday is cracked and the color of the straps are not synonymous with what the company produces.

Made in China Richard mille (crack)

Made in China Richard mille (crack)