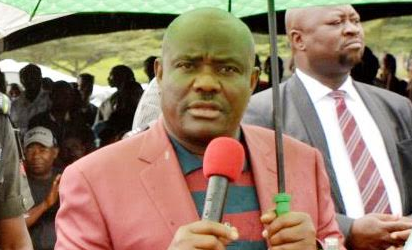 PORT HAR-COURT— Governor Nyesom Wike of Rivers State has ordered the revocation of the Certificate of Occupancy of Novotel, a popular hotel in Port Harcourt, saying that the place had become a notorious spot where elections are rigged.

The governor spoke, yesterday, against the backdrop of Saturday’s non-elective congress of All Progressives Congress, APC,  where members of the party had to relocate to the hotel to allegedly stop some officials of the party with fake results of the congress from getting out.

Governor Wike, at the  third synod of the Anglican Diocese of Evo said, that the hotel had allowed its premises to be  used for alleged manipulation of electoral processes, adding that it was at the same hotel that some results for  last December 10 re-run  elections were cooked up.

He said: “We cannot allow hotels to be used for unwholesome activities. The Special Adviser on Lands has been directed to revoke the Certificate of Occupancy of Novotel.  Any business that is used to affect the security of Rivers State will face the music.

Wike urged the church to raise credible leaders for the state, stressing that such effort would  translate into developments.