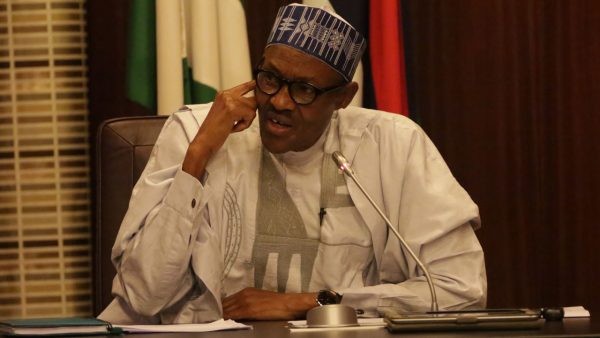 President Muhammadu Buhari’s Personal Assistant on Social Media, Mrs. Lauretta Onochie, in this interview with OLALEKAN ADETAYO, speaks on her allegation that some Nigerians hired marabouts and pastors to pray for the President to die, among other issues

How has it been working for the President as an aide in charge of social media, especially with many social media commentators who are quick to say they have not seen any change?

I will not agree with anybody that says they have not seen change. Like I always say, change is a process, it is not an event. But I must say that working for President Muhammadu Buhari is one of the easiest jobs on earth. This is because he is an honest man. When you have to make up stories to cover inefficiencies, then your job becomes difficult. But with our President, he is an upright man and he is straightforward. He has the utmost respect for Nigerians. Consequently, those of us who are working with him do not have to cook up stories to cover anything up. We just say the truth. This is why I say that it is very easy to work with the President we have today.

The health of the President has been an issue lately. You were at a point quoted as saying some people hired marabouts and pastors to pray that the President should die. Can you please substantiate your claim?

What I said is there for public consumption. In everything I say, I use my social media outlets to ventilate my personal opinions and observations. If people take time to read what I said, they will see that my conclusion was that it was a total waste of time. We are in a nation where such things have become the order of the day. It is not about marabouts alone; it is also common in the religious circles where prayers are offered for terrible things to happen to people. Not just the President alone but it happens in our society. But what they do not know is that God does not answer such prayers. God does not listen to such prayers because he has plans for all of us and only that which he wills will happen to us.

What then in your opinion can make people to be praying that the President should die, according to your claim?

Selfish interest. Some people may be standing trial. They are those who held sway and squandered our national wealth or arrogated them to themselves and their families alone. Some of them are in trouble with Nigerians, and so they feel that with President Buhari in the saddle, they will continue to be held accountable for the evil that they brought upon our nation. So the easiest thing for them to do will be, if they cannot lay their hands on the President to strangle him, the best thing is to do some spiritual things in order to get him out of the way so that the corruption that Nigerians hate will continue, so that the nepotism that has pushed us back will continue; so that tribalism and all the evils this government is trying to fight can continue. But God who brought President Buhari and gave Nigerians the wisdom and courage to vote out the government that held sway over the looting of our common treasury, that same God is going to see our nation through.

Can the President’s ill-health then be attributed to the so-called spiritual activities being carried out by these people you talked about?

Will it be correct to say the picture you painted has to do with the politics of 2019?

You could say that. Like I have already mentioned, there are people who are in trouble at the moment: they have court cases, some of them are being investigated and they will not want the President to be around for 2019. But he will definitely be.

With your explanation, it will appear some of these people are in the ruling All Progressives Congress. Are they?

(Laughs) I don’t know. But they know themselves.

Some people, including the Co-convener of the Bring Back Our Girls Movement, Aisha Yesufu, have called for the President’s resignation based on his ill-health. What is your position on this?

I made my position clear because I addressed the issue of Aisha Yesufu. Her call was nothing but selfish. She was thinking of herself. She called on President Buhari to resign because of health issues, even though she has no idea what those health issues are. She is not a doctor. So her call was based on rumours and suspicions. She also went ahead to ask the vice president to resign. The vice president is not in the hospital; the President is also not in the hospital. People go for check-ups and treatment; they do not have to be in the hospital. Why would she want the vice president as well to resign? She alone can say the reasons she threw those tantrums. But if you ask me, I will say she needs help.

Why do you like going personal with anybody you perceive as being against the President, especially on social media, like Yesufu and Femi Fani-Kayode?

That is not being personal. It is stating the fact and speaking the truth. Although I was born and raised in Nigeria, I have the benefit of (living in) other countries and going personal is calling people names. I never go into anybody’s personal life. What I do is to speak the uncommon truth that most Nigerians are afraid to voice. I was raised by parents who taught me to ask questions and who taught me to speak up if I was not comfortable. Most Nigerians, the way we raised our children many years ago, children were not allowed to ask questions. I don’t know how it is now. So, if you speak up, your parent will ask you to keep quiet. We are used to ‘yes ma, yes sir.’ That is not me. I say things the way they are: the truth and nothing but the truth. I will never go personal with anybody but there are certain truths that Nigerians are afraid to speak, I say those truths.

What was your grouse with the popular musician, Innocent Idibia (2face), when he planned a nationwide protest recently?

I had no grouse with him at all. He is my little brother. There was no grouse and it was not personal. That was what people did not understand. If I see him today, I will walk up to him and give him a hug because it was not personal. It had to do with wanting Nigerians to understand the truth of what he was calling them out to do. He was calling Nigerians out for a protest and I needed to know that it was his idea; that he was not being put up for it. This is because few weeks before then, the Peoples Democratic Party had staged a protest which they tagged ‘Occupy Central Bank’ and straightaway, I knew it was just to test the waters for something coming. All I asked was a simple question. I did not go personal and I did not abuse him. I just asked him to tell us the government policies that he is not happy about. We are Nigerians and very intelligent people. You cannot hoodwink us or pull the wool over our eyes, not in 2017.

You cannot just wake up, come to us and say you will call Nigerians out to protest the policies of government. What are those policies? You could not tell us. We needed to know. Personally, I love to protest and many of my pictures that were taken while protesting are on the Internet. I was not and I will never be against protests. Protests are ways for people to ventilate their anger or their opinion or calling attention to issues. But I will not want to go and protest on issues that I was not clear about. You can see what happens in Nigeria. Many of our young people, because of poor education or none, they will just follow. Whatever they are told to do, they will just go ahead and do. I was protecting those ones and I needed my little brother, 2face, to come out and explain to those ones the policies and his understanding as well as the solutions he was proffering. As it turned out, everyone knew where I was going that the idea was not his. He was being pushed by the same people who ruined our nation which I thought was very unfair. You ruined our nation and then you hired people to come and crucify those people who are trying to fix the problem you left behind. It is not done anywhere.

Is it true that the President still works from London as claimed by the Minister of State for Petroleum Resources, Ibe Kachikwu?

If the minister said so, then it is true.

How soon is the President expected back in the country from his current medical leave?

There are reports that a cabal is not allowing the Acting President, Yemi Osinbajo, to function as he should with the insertion of the “coordinator of government affairs” clause in the President’s letter to the National Assembly. What do you know about this?

I read it in the newspapers just like everybody. The Acting President is doing his jobs and Nigerians are happy.

Are you saying you are not aware of the activities of any cabal in the Presidency?

I have seen the Acting President doing a fantastic job. I am a personal assistant to the President and I work well with the acting president’s team. We all work for the benefit of our nation. He is leading us while our President is away. He is doing a good job. That is all I know.

Some prominent Nigerians, like Femi Falana, have called on Osinbajo not to sign the 2017 budget because the National Assembly increased it. What is your reaction?

I will not say much on that. It is up to the acting president to decide what to do. It is really up to him. Powers were handed over to him, so it is up to him to decide whether to take the advice or whether to discard it.

What is your response to Nigerians who are saying they have not seen any difference in the first two years of this administration?

I will appeal to Nigerians to be patient. If you have not started seeing change, that does not mean it will not come. Like I said, change is a process. The families of the Chibok girls that have returned, if you ask them, they will tell you that they have seen change. Hundreds of thousands of young graduates who went into farming last year from Kano, Kebbi, Gombe, Enugu, Abia and Ebonyi states, who have now seen their first millions in agriculture, will tell you that there is change.