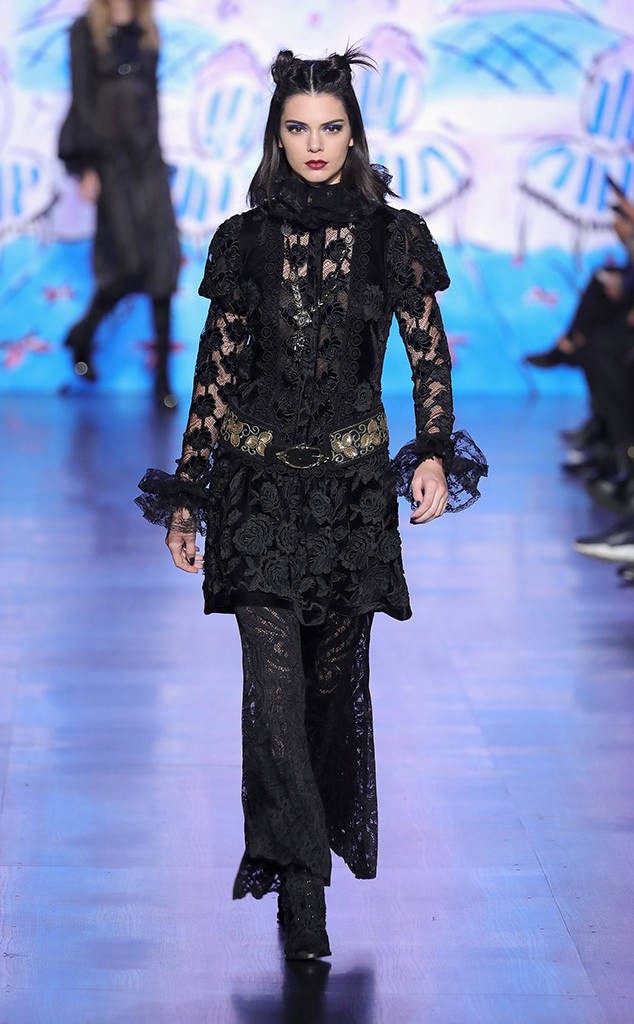 Kendall Jenner did not attend brother-in-law Kanye West‘s Yeezy Season 5 collection debut on Wednesday afternoon, but not because she wasn’t interested in the rapper’s latest design venture. Instead, the supermodel was walking down another New York Fashion Week runway, this time for Anna Sui.

Meanwhile, Kanye did receive support from wife Kim Kardashian and Kylie Jenner, who sat front row alongside a bevy of celebs. 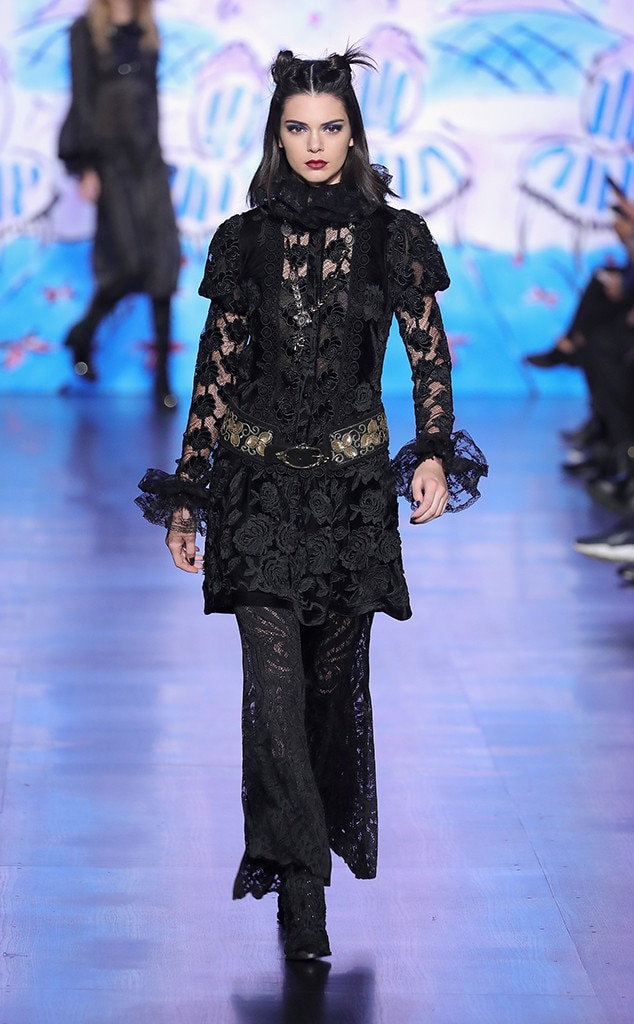 Reviews have since poured in for Yeezy Season 5, most of which praise West’s drama-free runway show and athleisure pieces.

As for Kourtney Kardashian, the E! reality star was photographed on a Valentine’s Day shopping expedition in Los Angeles with Kris, her kids Penelope Disick and Reign Disickand Kimye’s daughter North West. Khloe Kardashian celebrated the holiday in Cleveland with her NBA star boyfriend, Tristan Thompson.

In addition to Anna Sui, Kendall has brought her beauty to the La Perla, Alexander Wang and Michael Kors’ fashion shows across the past week.