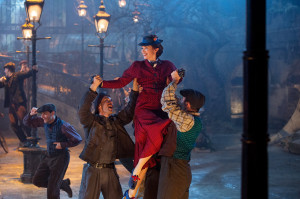 “Twenty-five minutes into the screening, which was just Emily and I, I stood up and walked out of the room, which of course, immediately communicates nothing but love to your partner that you’re walking out of the room,” The Office alum, 39, previously told Entertainment Weekly. “And she said, ‘Oh my God, you’ve never done that before. Do you want me to stop the movie?’ And I was just in the back at the concessions table and I just said, ‘No, I’m looking for napkins,’ because I just needed anything to stop crying and to blow my nose because I had blown through an entire box of tissues in 25 minutes.” 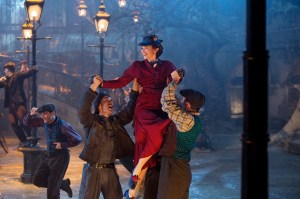 Krasinski teased that the upcoming Disney film “is sponsored by Kleenex” before gushing over Blunt’s performance. “We’ve always kept our work life and our personal life separate, so I can see her full potential in everything she does and I know that she’s, in my opinion, the best there is,” he raved to EW. “She has the unique capability to do anything that she wants so brilliantly, that I knew that this wouldn’t be something that she couldn’t do. I knew it would be a challenge, I knew that it would be a challenge for her, but I also love watching her process.”

Krasinski and Blunt, 35, enjoy working on their own projects, but they joined forces earlier this year for the horror flick A Quiet Place. Although the 13 Hours actor had his reservations, he told Modern Luxury in March that working with the Devil Wears Prada star was a great experience.

“There’s nobody I looked up to and admire more, so the fact that someone I trust not only in marriage, but as an actress, with that taste level and that strength, would want to dive into this script was huge for me,” he said of the British actress, with whom he shares daughter Hazel, 4, and Violet, 2.

He shared another sweet sentiment about Blunt’s acting in January, telling Vanity Fair that “the air changes in the room when she starts doing what she does. It’s so honest and so pure and so powerful.”