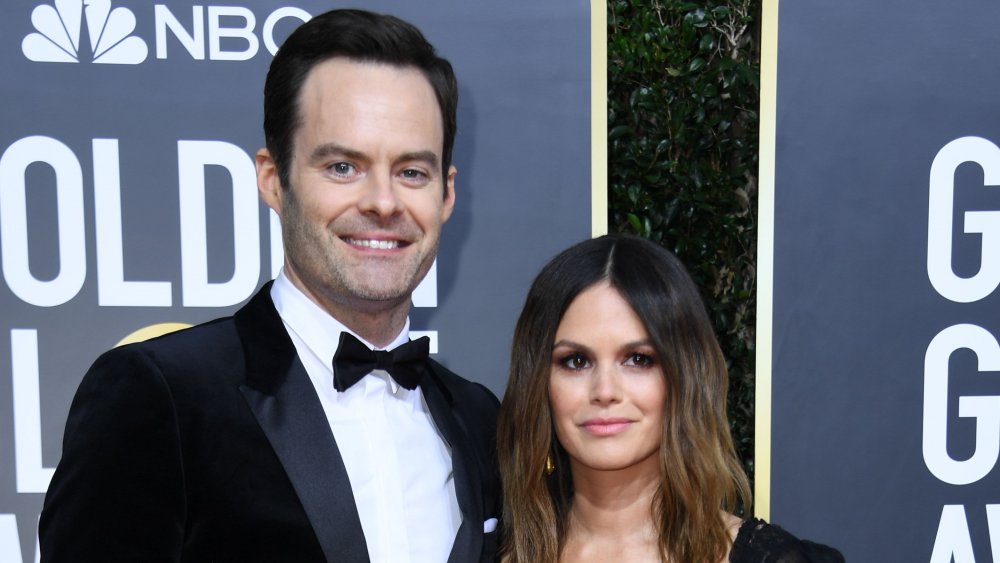 As for the relationship timeline, the pair reportedly became acquainted while co-starring in 2013’s The To Do List. Ironically, that film was written and directed by Hader’s wife of 11 years, Maggie Carey. Carey and Hader broke up in July 2017. Bilson and Hayden Christensen split a few months later, but don’t let the timing make you suspicious. The O.C. star was apparently single for a while after her breakup, possibly because it was hard for the actor to date as a mom. “I was talking to this guy a few months back. Anytime I would bring my daughter up, [he] would never pursue the question or ask more about her,” she revealed on the Viall Files podcast in July 2019. “It was a red flag because anyone that you’re going to get involved with, if you have a kid, they have to be all about the kid.”

Hader could probably relate to Bilson’s struggle. He reportedly cried while talking about his three daughters during an interview with Variety in 2019. “I think I saw my kids a total of five days all summer,” he said, discussing the challenges of balancing work with visits. “It was terrible.”