White at the double for Lionesses 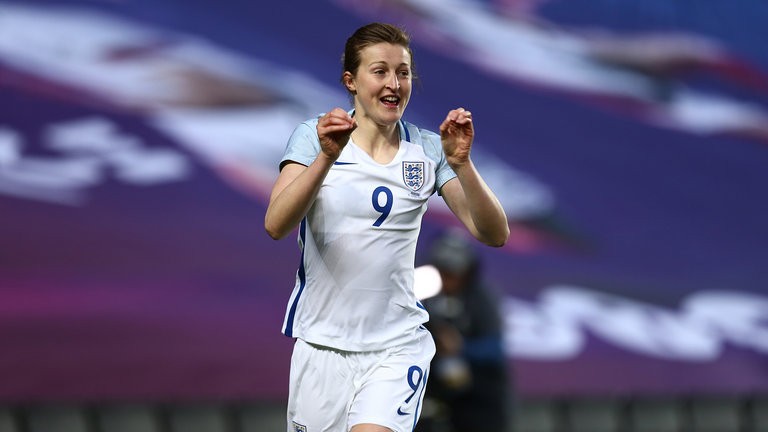 Ellen White celebrates her winner for England against Denmark

England geared up for the Women’s European Championships with a 2-1 friendly victory over Denmark as captain-for-the-night Ellen White marked the honour with a double.

Mark Sampson’s side were playing their final warm-up match before the tournament in the Netherlands begins later this month, and emerged victorious thanks to White’s 22nd and 23rd international goals.

The Danes posed the Lionesses plenty of problems in Copenhagen and had gone level through the dangerous Pernille Harder’s free-kick, before White capitalised on a defensive mix-up to claim the winner with 14 minutes to go.

Way before Harder’s set piece put them back on equal terms in the second period, Denmark were threatening from set-piece situations and Mie Jans had a goal disallowed from a first-half corner when goalkeeper Siobhan Chamberlain was adjudged to have been fouled.

Jans then blocked Nikita Parris’ goal-bound effort at the other end.

An unmarked Simone Boye Sorenson headed wide at the back post, before the Lionesses went ahead on the stroke of half-time when Demi Stokes’ pull back from the left flank was brilliantly hooked into the corner by White.

The goal scorer then prevented an equaliser by clearing off the line prior to the break as Denmark once again asked questions of England’s defence from a corner.

Harder levelled in the 66th minute with her 46th international goal coming via a free kick on the edge of the box that Chamberlain could only help into the top corner.

However, Sampson’s side claimed the victory thanks to White’s persistence and predatory finish 10 minutes later.

Luna Gevitz’s weak pass to Boye invited the lurking White to step in and apply the pressure, and when the Danish No 5’s back pass was tipped on to the crossbar by Stina Lykke, White collected the rebound and fired in the winner.

It ensured the Lionesses will now head to the Netherlands having won each of their last three fixtures.