Where has NCIS: Los Angeles’ Hetty been all season? 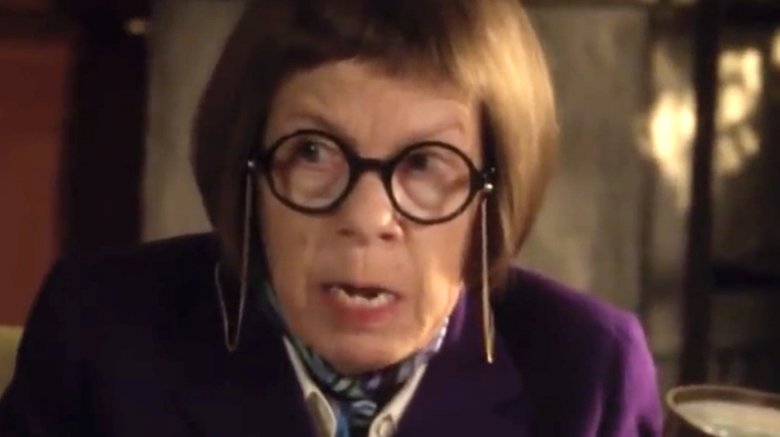 Fans of NCIS: Los Angeles have been wondering just where Operations Manager Henrietta “Hetty” Lange has been in the CBS crime drama’s tenth season. And while the series may have given some insight into the character’s whereabouts, most may not realize that Hetty’s absence wasn’t initially planned as part of a storyline arc but rather a result of the actress’ personal life.

The actress who plays Hetty on the popular TV series, Linda Hunt, was involved in a car accident in July 2018, which reportedly resulted in her hospitalization. And thought the details of her injuries haven’t been made public, they’ve apparently kept Hunt from being able to film NCIS: Los Angeles. In a statement obtained by Parade magazine, Hunt addressed her lack of screen time in the series’ tenth season. “I first want to say how much I appreciate the outpouring of support from the NCIS: Los Angeles fans following my car accident this summer,” she stated. “Though I had hoped to return to playing Hetty at the start of the season, I had to take some additional time to recover. I look forward to returning later this season.”

As TMZ previously reported, 73-year-old Hunt was driving a black BMW SUV on July 2, 2018, and had tried to make a left-hand turn. In doing so, she allegedly hit a sedan, which then crashed into a Honda SUV.

Following the incident, Hunt was said to have been “visibly shaken,” and witnesses helped bring her over to the sidewalk, where they apparently set her up in a lawn chair while they waited for authorities to arrive. When EMTs showed up, they determined that Hunt needed to go to the hospital for treatment.

The other drivers involved in the accident reportedly only suffered minor injuries and did not need to be transported to the hospital.

Hunt later released a statement regarding the car accident. “Yesterday I was involved in a minor traffic accident and taken to the hospital,” she said, as reported by People. “I’m pleased to report I’m recovering well and have no serious injuries. Thank you for all the well wishes! I’m looking forward to starting production on NCIS: Los Angeles later this summer.”

With Hunt — and Hetty — missing from NCIS: Los Angeles, the show has brought on a new face to presumably keep things interesting. Actor Esai Morales, who’s known for having played Lt. Tony Rodriguez on NYPD Blue from 2001 to 2004, was cast on the show to portray Deputy Director Louis Ochoa. As TVLine described, Ochoa is a “D.C. bigwig” who is helping to keep the NCIS crew together after they tried to save the son of Assistant Director Shay Mosley (Nia Long) from her “cartel-boss” ex without permission from higher-ups.

But just where is Hetty? Well, it’d seem that nobody really knows. As noted by Country Living, Agent G. Callen, played by actor Chris O’Donnell, previously tried to get in touch with his tough, pint-sized boss in an episode that aired on Oct. 21, 2018, as she’d apparently been MIA. And while he largely failed to find her, he did receive a phone call from Hetty, who used a voice changer for their conversation. “I need you to forget about me and focus on keeping the team safe,” she told Callen. “I’m afraid things might be getting worse for both of us before they get any better. And I won’t be there to help for quite awhile.”

According to Monsters and Critics, Hetty may be in Washington, D.C., trying to save her job after she and her team went to Mexico without proper authorization in order to save Mosley’s child.

Fortunately, due to Hetty’s popularity amongst the show’s fans, it’s doubtful that the character will be gone for too long.

While we’d love to see Hetty back on the show sooner rather than later, hopefully Hunt will at least make her return to the series and Hetty to the NCIS team by the time Kensi Blye (Daniela Ruah) and Marty Deeks (Eric Christian Olsen) tie the knot. Their wedding is expected to take place this season, “probably after Christmas,” according to the series’ executive producer R. Scott Gemmill