We suspect sabotage in church fire incident –CAN 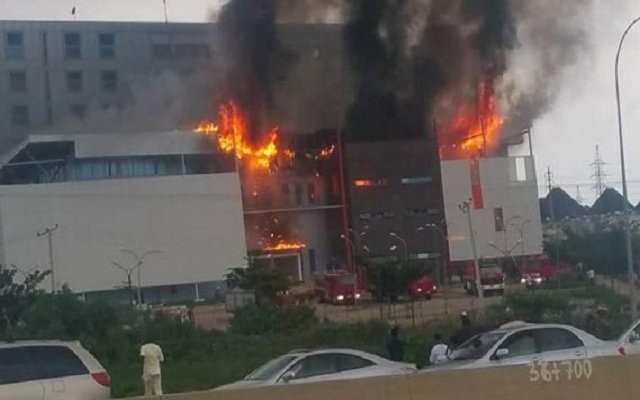 The Christian Association of Nigeria has said it suspects foul play and sabotage in the fire that gutted the House on the Rock church in Abuja on Sunday.

Property worth millions of naira was reportedly destroyed by fire at the church located on James Wolfesen Drive, along Airport Road, in the Federal Capital Territory.

After assessing the extent of damage at the church, the National President, Youth Wing, CAN, David Kadzai, on the telephone alleged that the fire was “not an ordinary incident, but a case of sabotage.”

He said, “From what we have gathered so far, it is clear that renovation work was ongoing in the church, but there was no worker on the site on Sunday when the incident occurred. Also, there was no trace of any electrical fault before now. But suddenly people discovered the fire and they couldn’t tell what the cause was.

“The question we are asking now is, why was the fire on a Sunday? Having assessed the situation, we suspect foul play because this incident happened on a Sunday when the saboteurs must have thought of dealing a blow on the church members.”

When asked to state the alleged saboteurs, Kadzai said, “There are people who are sabotaging the church in Nigeria. These persons are saboteurs and perhaps they may be the ones who are culpable in this incident. There have been some orchestrated attacks on churches in Nigeria.”

On whether the group had received any official report from the police to buttress their claims, Kadzai replied in the negative.

He said, “When you say you are suspecting something, it mustn’t be on the basis of any report you received. You can also suspect on the basis of what has been happening and if you look at the threats issued by various terrorist groups, you may be left with no option but to suspect that perhaps something funny is happening.

“The incident happened on a Sunday. Also, there was nobody in the church when the fire broke out. You just have to do all the analysis to conclude that there must be some sort of foul play here.

“We are also saying that the government should step up action on security of Nigerians and our churches, because a few months ago, a parish of RCCG was burnt down in Kubwa, Abuja. Nobody was arrested and nothing was done about it.

“There have been agitations in some quarters that that place where House on the Rock church is located shouldn’t be used for a church. So, these are some of the indicators that led to our conclusion.”