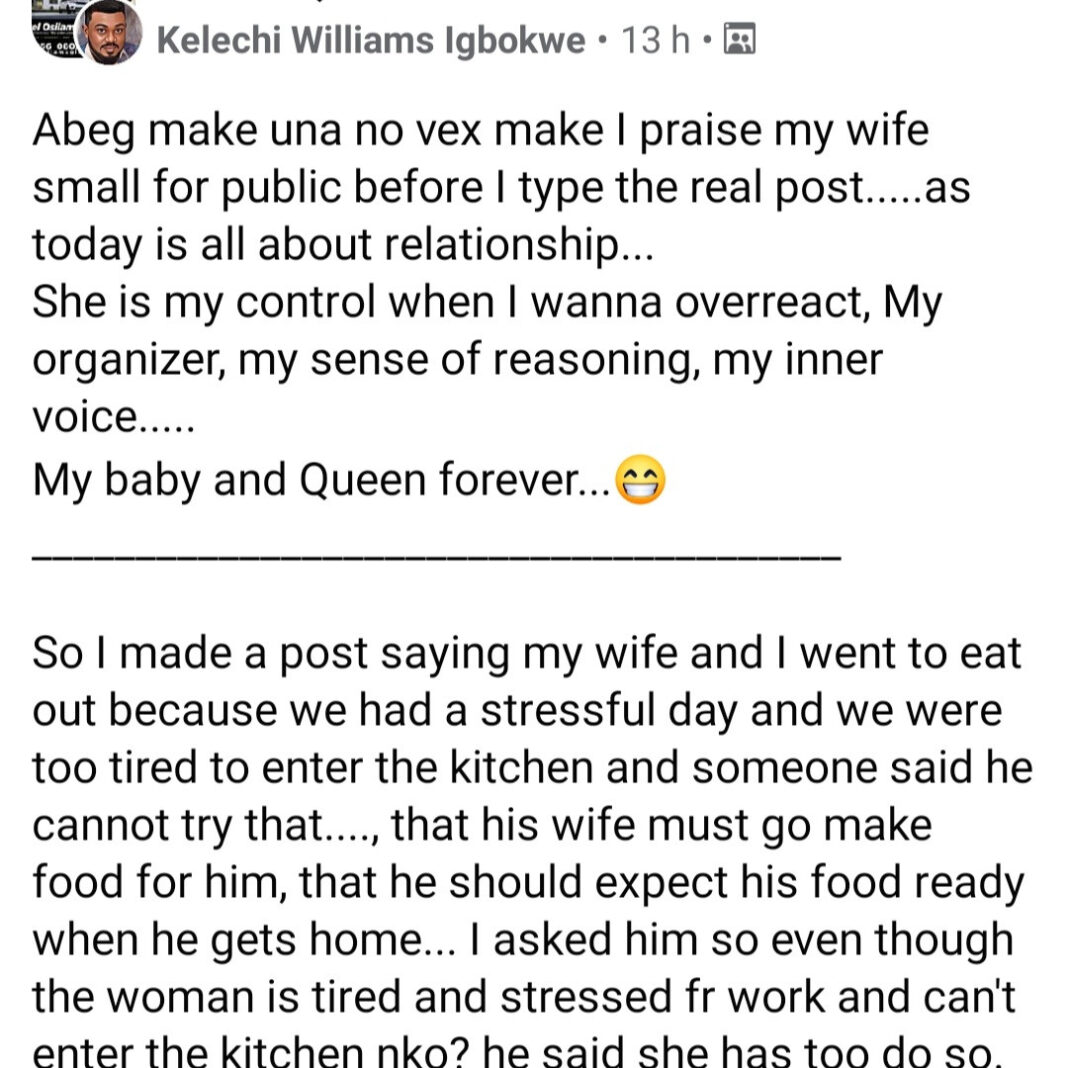 A man has warned people to mind who they listen to.

He took to Facebook to narrate how he went out to eat with his wife because they were both so tired at the end of the day.

He explained that a man then criticized him for it and told him that no matter how tired his wife is,  she must cook because he, as a man, has no business in the kitchen.

He added that the man told him that he is spoiling his wife when he let’s her get away with not cooking.

The poster then advised people to be careful whose advice they take and act on.