We are not part of Biafra, says Igala group 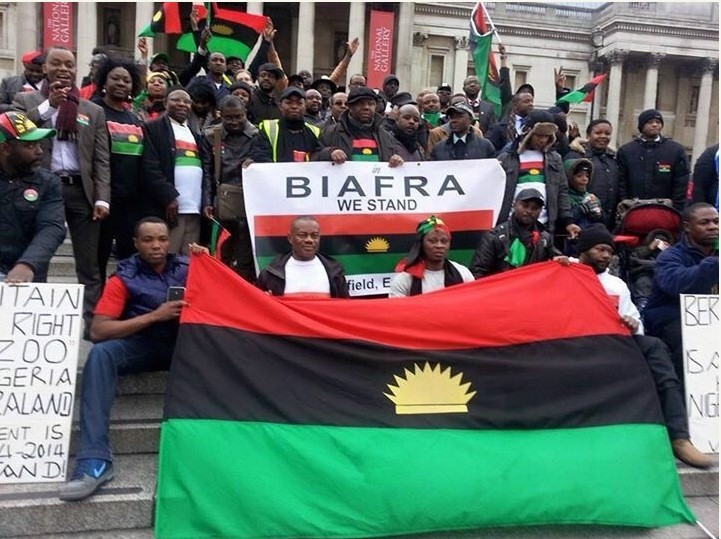 The Igala socio- cultural group has described the inclusion of Igala land as part of Biafra as an insult to the sensibility of the people.

Igala land is in the Eastern part of Kogi state sharing border with Anambra state.

The group at a press briefing in Lokoja on Wednesday said that including Igala land on the paper was not only insulting but also provocative to the Igala race.

Chief Barry Idakwo who addressed the conference said that the declaration of Igala Kingdom as a clan by the Biafra agitators is definitely a product of ignorance of history and mischief.

“It is therefore unthinkable to annex the Igala kingdom without consulting us. Probably this may be due to the erroneous belief that Igala kingdom is a clan thus not important to consult the people of the great Igala kingdom before being annexed as part of the agitation.”

“This is against the spirit of fairness, sovereignty, equity, peaceful cohabitation and democracy to forcefully and falsely claim that a great kingdom as the Igala kingdom, which was never defeated in any war is part of Biafra” Idakwo explained.

The group unequivocally pointed that the ethnic nationality is not part of the Biafra agitation believing that every Nigerian citizen has the constitutional right to freely live where ever such an individual or group so chooses within the ambit of our laws and in the interest of peace and security.

The Igala social cultural groups however urge their Igbo brothers to engage the Nigeria nation more purposefully for quality governance rather than agitations for separatist state.

They equally extended their message to the Northern Youths to embrace the oneness of Nigeria as a Nation.

Idakwo further underscore why Nigeria must remain an indivisible nation “We, as a people in the Middle Belt crave for peace at all times because when war breaks out, we will be at the receiving end as the theatre of war. The last civil war holds very unpleasant testimonies”.

On the issue of marginalization being canvassed by the agitators, idakwo expressed dismay that there is minimal federal presence in terms of infrastructure and economic activities in igala kingdom, even when their allegiance and commitment to the stability of the federal government is total.

The group however drew the attention of the federal government to look into issues that may threaten the peace and development of the Igala kingdom.

Some of their demands are; the need to continue urgently the construction of Bagana-Guto bridge to ease access to the Federal Capital Territory as this will encourage economic activities, unity and proximity to the centre of governance; establishment of a full fledge Naval Base at Idah, and establishment of an army barrack in Olamaboro Local Government Area; and swearing in the minister from Kogi State, Prof Stephen Ikani Ocheni immediately to enable them have sense of belonging and input to national affairs.