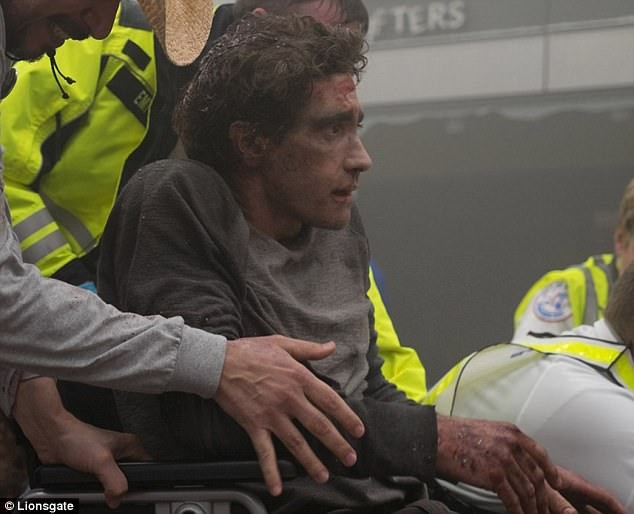 During the annual Boston Marathon on April 15, 2013, two bombs detonated 12 seconds and 192 metres apart near the finish line at 2.49PM, leaving three persons dead and several hundred others injured.

16 of the injured lost their limbs, and one of them was Jeff Bauman, a 27-year old working-class Boston man who was at the marathon to try and win back his ex-girlfriend Erin.

He was waiting at the finish line when the bombs went off and lost both his legs in the attack.

Jeff helped law enforcement officers identify one of the bombers but the aftermath of the attack saw him tackling his own battles, as he went through months of physical and emotional rehabilitation.

The movie Stronger shares a personal account of Jeff’s inspiring story and his inner courage to overcome adversity with the unwavering support of Erin and his family.

On April 15, 2013, two homemade bombs detonated 12 seconds and 210 yards apart at 2:49 p.m., near the finish line of the annual Boston Marathon, killing three people and injuring several hundred others, including 16 who lost limbs.