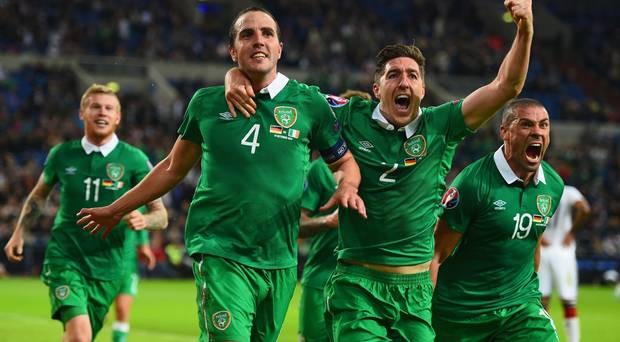 Jonathan Walters’ 85th-minute strike secured Republic of Ireland a 1-1 draw with Austria and kept their hopes of qualification for the World Cup on track.

Martin O’Neill’s side knew victory would take them a significant step to qualifying for next summer’s tournament in Russia, but a slow start from the home side saw Austria take the lead through Martin Hinteregger’s strike (31).

The hosts rallied after the break but looked like missing out on the opportunity of going top of Group D ahead of Serbia’s clash with Wales, live on Sky Sports, until Walters’ last-gasp strike kept the Republic’s unbeaten run in qualifying in tact.

It could have got even better for O’Neill’s side when Shane Duffy bundled the ball home but the goal was ruled out, and they had to settle for a point which takes them above Serbia for a few hours at least and keeps them four points ahead of Austria with four games remaining.