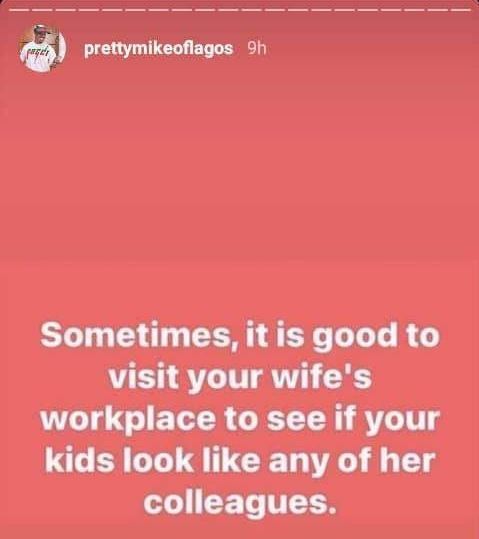 Controversial socialite, club owner, and businessman Mike Eze-Nwalie Nwogu, popularly known as Pretty Mike, has advised men to visit their wives at their offices to know if their kids look like any of their colleagues.

This advice is coming after several infidelity cases that are trending on social media, which struck the issue of conducting DNA tests on children to avoid paternity fraud.

According to the self-acclaimed Pretty Mike of Lagos, it’s advisable to do a once in a while facial investigation of a woman’s male co-workers to avoid fathering a child that is not one.

In a post via his Instastory, the billionaire nightclub king wrote;

“Sometimes, it is good to visit your wife’s workplace to see if your kids look like any of her colleagues.” 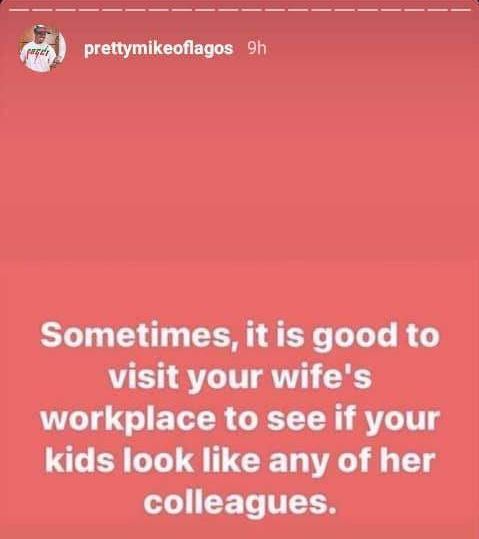